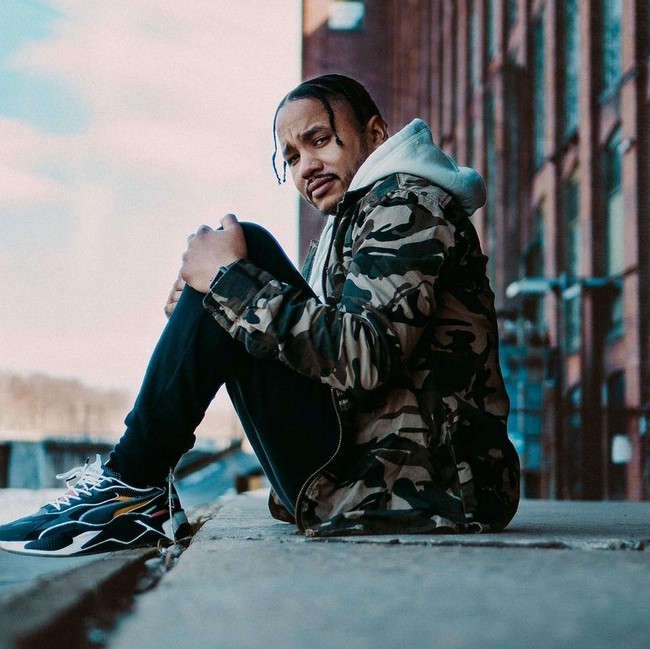 Photo By – Am. B Photography

Ah yes, finally a worthy successor to The Weeknd’s Trilogy album. Before we forget long before Superbowl performances, Number 1 hits, and a constant sense of reinvention, The Weeknd started off as an amateur voice, a distinct tenor, dark and sexy lyrics that paint vivid pictures of the life he led of over the top alcohol and drug use, almost glamorizing it to a degree before turning it all down and looking more inward. Vianchi in one track has combined the best of both worlds and crafted something that feels explosive, expressive, and fresh, but is also self-aware.

It’s really just a kick-ass party anthem that disguises how it’s a love letter and warning about getting swept up into something that actually might do more harm than you think on the outset. I’m sure many of us know that feeling when you fall head over heels with someone and how you’re ready to just give everything up for them just to get another “hit” so to speak of their love. You’re ready to give it all up and none can compare and all of this is echoed in the song accompanied by a vibrant synthy vibe. His first single was a very confident if understated debut but I highly recommend it as well. Here he’s traded all of that for just pure swagger and a subtle in-your-face attitude that almost shares a sense of disinterest in anything that isn’t connected to how he feels.

It’s a song that also serves as an interesting contrast to his previous song “Die Alone”. Where that one you can guess on just title alone what the content is, versus here it’s such a passionate plea to keep this feeling going. That’s what makes it so shocking when it all comes tumbling down in an explosive gunshot. Not helped by the fact that the last lyric that gets cut off is “You make me feel ali-” before the bang rings out, leaving a distinct impression on the listener. The ambiguity behind it is certainly intriguing and hopefully will stir debates on the significance behind it. Was it that the love he felt betrayed him? Or could it be forces outside of this bubble he’s formed over this person that has brought this to an abrupt end?

Even more valid is that was he the source of his own ending? After all, love is a two-way street, and being obsessed with someone isn’t synonymous with them feeling the same way. I hesitate to use the words “deep” to refer to the more nuanced moments in art because any good artist has direct intent and often times it’s not very subtle as is the case here, but I will say he is covering these relationship ideas and execution in a way that is deeper than his competition. “Aint nothin’ in this world we can’t do” he states in the beginning and I hope that’s a direct statement on his musical thesis. We need more people like Vianchi.