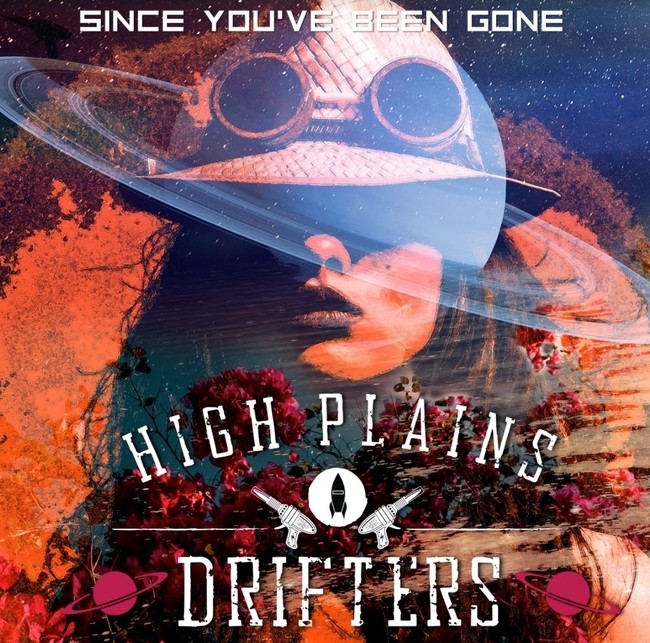 Pop music would not be the same without its astronauts. The spaceman streaks through many of the greatest songs ever made and greatest videos ever shot, and there are very good reasons for that. The sky-walker represents the artist, walking the perimeters of consciousness, investigating new dimensions of sound, challenging himself, and taking things ever higher. At the same time, the astronaut is faceless, hidden behind his opaque glass globe, separated from the rest of humanity by protective technology and the vast void of space. No better metaphor for interpersonal estrangement in a robotic age could be imagined.

An astronaut stalks the metal floorboards of a spacecraft in the lyric clip for “Since You’ve Been Gone,” the latest single by the musical explorers in The High Plains Drifters. The New York City group has an Old Western name, but their sound is brilliantly modern: gleaming synthesizers, immediate pop arrangements and melodies, studio experimentation around the edges of their mixes, and gloriously deadpan vocals from singer and songwriter Larry Studnicky. In the song, Studnicky’s heartache goes well past sadness over the loss of a relationship. His narrator has been pretending everything is okay – and his dissembling has alienated him from his entire world.

It’s not an uncommon dynamic that Studnicky describes, but it’s rare that a songwriter expresses it so succinctly – or over a track that’s quite as catchy as this one is. The new track arrives on the heels of the group’s lovelorn Christmas song “Santa! Bring My Girlfriend Back”, which, thematically speaking, isn’t so different from “Since You’ve Been Gone.” The seasonal song was added to NPR Music’s “New Music Friday” playlist and drew notice from blogs and pop fans alike. Here was the rare group that could balance serious sentiment with a sweet sound and make you think and feel while commemorating a holiday.

Lars Jørgen Sundnes Skaland’s clever lyric clip for “Since You’ve Been Gone” is similarly well-balanced. There are plenty of pretty girls and gorgeous effects to marvel at, and the whole thing gleams like a science-fiction cartoon. At the same time, the video is suffused with melancholy. We don’t know exactly what the spaceman is thinking, but the flickering blue letters on the bottom of the screen are a pretty good clue to his state of mind. He’s alone with powerful emotions, grasping for comfort as the memory of his girlfriend recedes into the vastness of outer (and inner) space.