Grey DeLisle is a Grammy-winning recording artist. Her albums The Graceful Ghost and Iron Flowers (released on Sugar Hill/Vanguard Records) were critically acclaimed and have reached fans around the world through radio, press, and touring. She is now preparing the release of an album of cover songs for Regional Records called Borrowed. 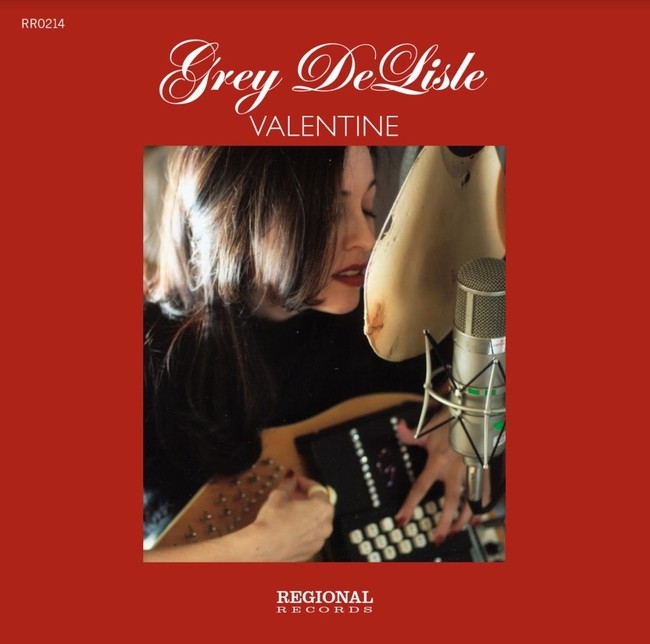 Grey is also a prominent voiceover actor. You might have heard one of her 1,500 voices without knowing it in Scooby-Doo, Avatar: The Last Airbender, or The Simpsons.

The first single from Borrowed, “Valentine,” features strings arranged and conducted by Eric Gorfain (Radiohead, Coldplay). The strings happened to be recorded at a studio in Los Angeles called Valentine. The track was produced by Marvin Etzioni (Lone Justice, Counting Crows), mixed in Nashville by Mike Poole (Robert Plant/Allison Kraus) and mastered in London by Grammy-winning mastering engineer Sean Magee for his work with The Beatles.

To know the story behind the song “Valentine,” this is how Grey explains it:

“You know you’re a truly dear person when you can get your ex-wife to cover one of your love songs without even asking. That’s how wonderful Murry Hammond is as a songwriter and a human being.

“‘Valentine’ was released on the Old 97s record Fight Songs just before he and I began dating. I remember blasting that song on my car stereo and pulling up at a stoplight next to a car with an Old 97s sticker on it. Both of our widows were rolled down and the driver immediately noticed what I was playing. I called out to him smugly, “My boyfriend is the bass player!” and he responded, “Really? I’m their A&R guy!” I was mortified because we weren’t even really an official item yet! I was terrified it would get back to Murry… but he thought it was hilarious.

“The point of this story is that even though it’s been over 20 years, an engagement, marriage, child and a divorce later… I’m still just as proud of this song and it’s songwriter as I ever was. I guess that’s what love is all about.'”

Listen and watch “Valentine” by Grey DeLisle and you’ll find out what love is all about, as well. The grainy, black and white video directed by Etzioni captures the mood of Grey’s interpretation of this unique song. The video finds Grey in a studio, singing into a vintage microphone as Hammond accompanies her on acoustic guitar. It’s raw and unadorned.