Following the release of blistering opening statement single ‘Another Bish’, Canadian newcomers Softcult announce news of their debut EP, Year of the Rat, due for release on 16th April via Easy Life Records. Alongside today’s news, the duo also share ‘Uzumaki’, the second single to come from the band, a track about the ongoing healing process that follows trauma. 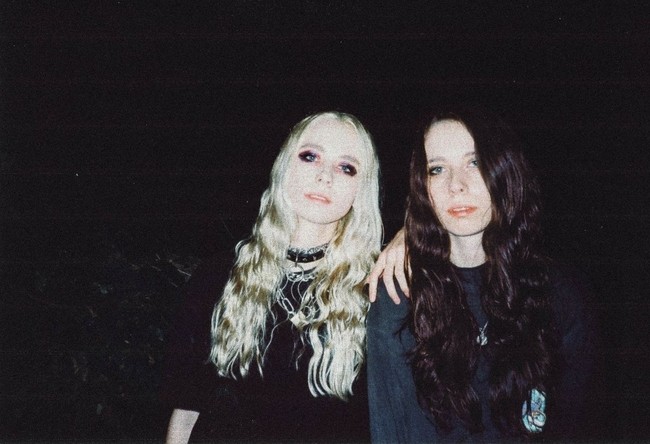 Of the track, vocalist and guitarist Mercedes Arn Horn explains: “we wrote Uzumaki about the aftermath of a traumatic experience. 35% of women worldwide have experienced physical or sexual violence, and about 10 of every 100 women in North America suffers from PTSD as a result. It’s a huge problem that no one seems to want to talk about. I’ve personally experienced physical and mental abuse, and we’ve both experienced harassment and assault in our lives.”

Of its accompanying video, she continues: “we wanted the video to make a clear statement about the issue of abuse and assault, so we filmed in locations late at night where women generally feel the most unsafe. We wanted to hit people over the head with the message, our goal was to make the viewer feel uncomfortable, constantly questioning where the danger could be coming from.”

Softcult is the project of Phoenix and Mercedes Arn Horn, Ontario-based twins who spent their formative years playing shows in their local town of Kitchener before branching out across the North American circuit, an experience of which, for two young women in an often male-dominated industry, informed much of their new project’s manifesto as well as sound.