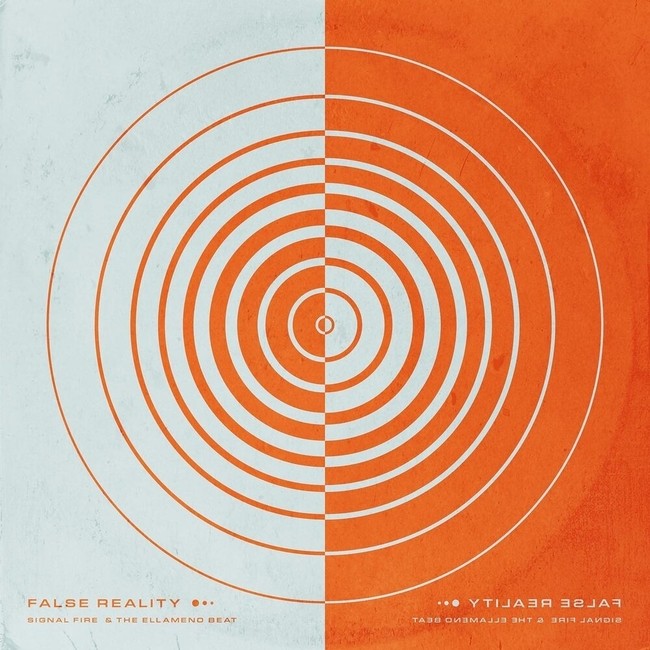 Signal Fire and The Ellameno Beat have teamed up to release a new single, “False Reality,” due out February 12th, 2021. A sign of the times, this anthemic wake up call to the mislead was born as a remote collaboration between the two artists. Following up from prior releases late last year, both entities show a continuation of their prolific nature in contrast to the current period of industry stagnation, brought on by COVID-19.

“False Reality” tackles the disruption of political and societal progress caused by the combination of absurd conspiracy theories, op-eds-as-news, and selective framing from authority figures. The events of January 6th served as the catalyst to speak out, take action, and turn the song from a series of stems into a full-fledged musical calling-out of dissidents.

Addressing the increasing tensions and volatility head on, Reggie Froom, frontman of The Ellameno Beat stated “I’m directly voicing my feelings and frustrations about the current state of society. My statements are aimed directly at particular media sources, personalities, political figures, and citizens of this nation who have chosen to follow the lead of baseless conspiracy theory, and abandon any and all truth that does not serve their own self-interest.” Signal Fire bandleader Sean Gregory adds, “Corruption runs deep and always has. I think in the age of social media and information we are just starting to see it surface more.”

Signal Fire and The Ellameno Beat look to continue their roll of notable recent releases with “False Reality.” What started as sharing of ideas between Gregory and Froom blossomed into a topical and timely song, layering and producing an interwoven blend of the two’s inputs. Be sure to be on the lookout for more from these two as 2021 looks to shape up as a bounce back from a notorious year.