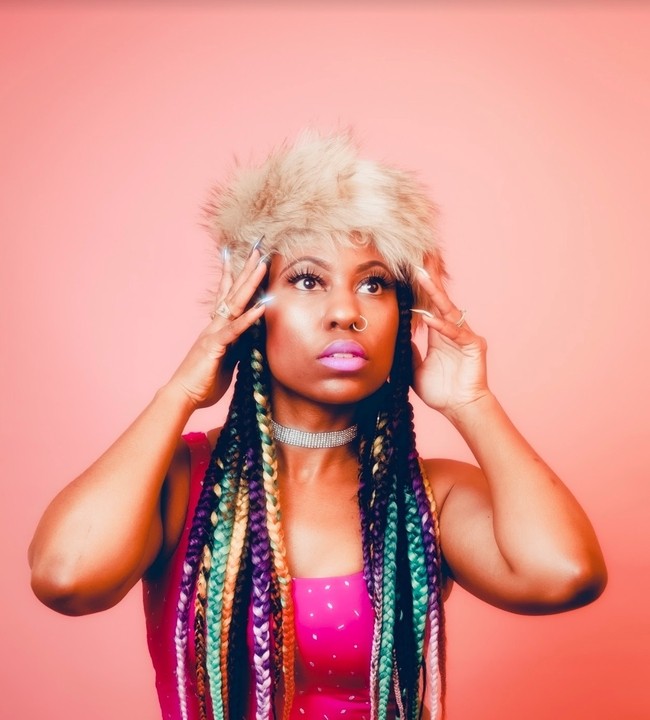 Just like phases in life, musicians undergo different periods of their careers. This can be caused by life events, changes in creative sources, and general maturing. Formerly known as Kamilah Sumner, Hi Love took a three-year hiatus to redefine her sound. Her style now amplifies the tenderness of passion and the words needed to hear by the hurting; Hi Love also sculpts her sound around God’s words. She executes her style through 90s-inspired hip-hop and soulful vocal melodies. The songwriter considers her music “a sweet nostalgic sound that fits perfectly in the modern world.”

Her early career wins include working with Kanye West, Grammy Award-Winning Producer Needlz, and Music executive and Grammy Award-Winning Producer NO I.D. There is a reason why her music is introspective and flexible: her lyrics were originally poems that she turned into music. Besides the prominent names like Minnie Riperton and Stevie Wonder that influenced her, Hi Love found a lot of artistry in Chicago’s streets. She pays homage to her sources properly and now makes it a goal to revive the fading classic era from the 90s.

Nature plays a direct role in our disposition; when the sun is out, we tend to feel happier, and when it rains, we tend to feel gloomier. Due to this correlation, it would only make sense for Hi Love to make a song called “Cold Wind” based on the obstacles we face in life – and how we decide to prevail over them. The track comes from the Cold Wind EP produced by Trackhouse Productions. Like the EP, the music video for “Cold Wind” imitates Hi Love’s adoration for the 90s. Fittingly, the visual was shot on a cold night throughout the Windy City. Day and night, rooftops and parks, Hi Love cruises around Chicago, showing appreciation to the city that influences 85% of her artistry. They even drove through the underground tunnel called the Lower Wacker, the same location where Batman rode on his batpod in The Dark Knight. The clip is retro and patient, following her as she sings and grooves all through the streets. The destiny of our lives isn’t what is thrown at us; rather, it’s how we overcome each obstacle. The chilly breeze might cause us to shiver a bit, but be prepared to bundle up, zip up your coat, and face the cold draft head-on.