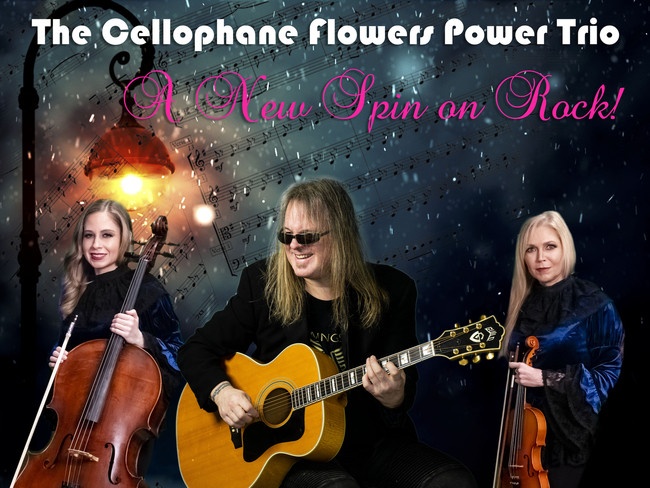 It is always nice to roll back the years to a time when music was simple and about love and happiness. Jeff Lake and his band Cellophane Flowers not only deliver the magic of the Beatles music but add a twist to it all. The idea of reviving the music that changed the face of rock n roll came when Jeff was visiting a gig that a band of friends were performing in Greenwich Village.

Jeff was always a Beatle fan from the time he can crawl. He went to see the band perform but missed one of his favorite Beatles song that they played, “She’s Leaving Home”.  He would join the band later for drinks and explained to them how he unfortunately missed hearing that specific song. The band took out their instruments and played it for him in the middle of a restaurant. Jeff joined in and sang the lyrics. The crowd loved it and showered them with applause. This was when the “light bulb” when off in Jeff’s mind to give birth to Jeff Lake and the Cellophane Flowers in 2016.

Prior to this venture Jeff has been involved in music for years. He fronted metal bands, was a singer/songwriter in Nashville, a musical director of the American Idol spinoff “The Nueva Estrella Awards” on CBS and wrote a track for multi-platinum Universal Greece recording artist, Michalis. Outside of these footnotes he has performed at many NYC bars to high end corporate events at such locales like the Rainbow Room and the Plaza Hotel.

When he performed with the Cellophane Flowers the most memorable gig was at the Beatle Fest where they garnered a standing ovation. But their first show was at the Bitter End which was just as fulfilling. So far, the band has worked on covers of the Beatles and other artists but are currently in production on original tracks combining classical and rock music. They signed a deal with WBA Records in Nashville.

Only recently did the band release their new album “Penny Lane” which has so far received great feedback. The band utilizes classical instruments with a rock twist to it. It is a unique way of hearing such hits like “Penny Lane”.  A new album may roll out some time this year during Christmas or the beginning of 2022.

Even though it has been tough for any band with no live performance due to the pandemic Jeff has found a way. Doing virtual gigs has been helpful but nothing like a live show. They do a one a month for the Beatle Fest and are looking to begin a Sunday series on March 7 called the Cellophane Flower Power Hour, 4pm-5pm.

That show will be streamed live from their own Facebook page at – https://www.facebook.com/cellophaneflowersmusic

“More virtual gigs, more recording, and expanding our repertoire. We have recently added a bunch of songs from the post-Beatle solo catalogues. Also, a new Beatle blog on our new website at: cellophaneflowersmusic.com.”

Jeff has replaced standard instruments like electric guitars with classic ones with violins and cellos. It is an interesting way of introducing music that is over 30 years old. There music has already received accolades from South and Central America, Europe, and Asia. They are looking to take advantage of the fanbase that is growing in these countries down the line. Jeff’s goal is to bring the project full circle to original productions that will last a lifetime. Their music is available for download on Amazon, the iTunes Store, and for streaming on Apple Music, Spotify, and all the major music services.