Royalty is a double-edged sword, especially in hip-hop. To the kings go the dollars, the accolades, the awards, and the instruments of power. But kings also shoulder great responsibility. A king needs to carry on tradition; he’s a living link to hip-hop’s past and a bridge to hip-hop’s future – and those bridges must bear weight. 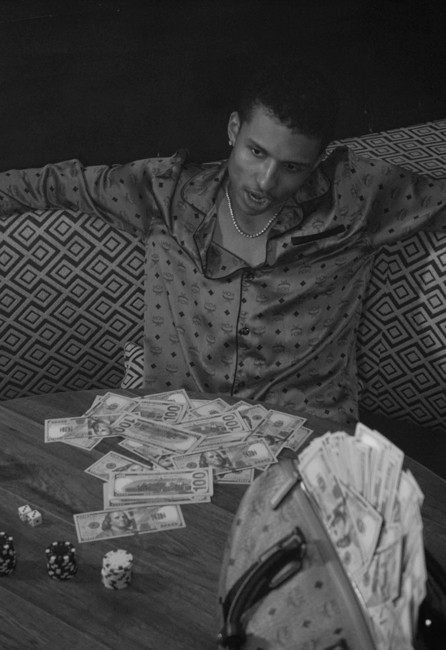 So when Niko Brim introduces himself as King, that isn’t a boast made lightly. Although the CYN Crew member’s talent is apparent in everything he does, Niko knows that kingship is more than swagger. Kingship also requires a deep connection to the king’s forerunners: when the royal speaks, all his predecessors speak through him. Niko’s sound is absolutely his own, resolutely contemporary, and ready for any club or modern hip-hop playlist.

“BONITA,” the newest single from his soon-to-drop B4THETHRONE – EP, is a sharp showcase of his lyrical skills and accurately displays his confidence as next-up. Over a propulsive trap beat, Niko delivers tight, unassailable verses with the sort of self-assurance that can’t be taught. While he demonstrates that he’s a sure hand with a rap chorus, he’s also the sort of vocalist with the verbal nuance to turn just about anything into an indelible hook. “Bonita” comes on the heels of Niko’s consciousness-raising work with 93-year-old civil rights activist Opal Lee and his incendiary track “Hard To Believe,” a broadside against systemic racism. Like all kings, Niko is multifaceted.

He’s also lionized. Vibe, Billboard, Grammy.com, AllHipHop, and many other publications have already recognized him as an essential new rap voice. Shamell Mason’s “BONITA” clip catches the rapper riding high off of his recent successes, living it up in the club, and gambling with the sort of confidence that only comes amid a winning streak. He’s just as comfortable in the shadows of the bar as he is on the streets of his city, posing in proprietary fashion in front of a luxury car. Just as Niko’s rapping deliberately evokes the cadences of the masters, Mason’s cinematography connects the young emcee with iconic rappers: the lighting, the tight-angle shots, the feel of the nightclub, the narrow walls, and the expensive ride are all suggestive of hip-hop royalty. Does the crown fit his head? You can be sure of that.

B4THETHRONE – EP, Niko’s new project that drops on March 1st, radiates personality, offering clever storytelling across its 7 tracks. It’s an extension and refinement of the sound he developed on the 2018 album A Thousand Pictures: Chapter Two, the independent release that firmly established him as budding royalty in the New York City hip-hop underground. With a highly anticipated feature from Jamla Records and Roc Nation artist Rapsody, B4THETHRONE – EP is a much needed contribution to the current hip-hop landscape, with a bank of hard-hitting songs that perfectly position Niko to win.