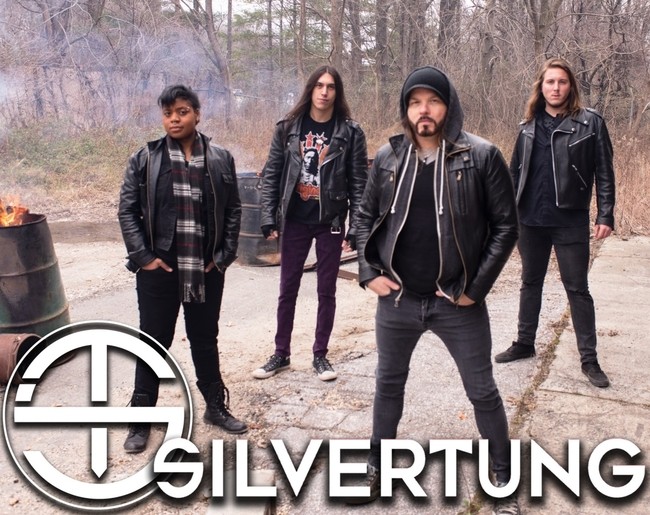 Good new hard rock is not as easy to come by, but once you find the ideal group, nothing else compares! Rising quartet Silvertung is the unmatched group you’re looking for – they’ll give you a masterclass in progressive rock. The Baltimore band is composed of vocalist Speed Vincent, lead guitarist Codey Red, drummer Boma Jaxx, and bassist Sam Bowers. They garnered nation attention when they received two Maryland Music Awards for “Best Heavy Metal Band” and “Breakout Artist.” Four of their singles have hit the Billboard Mainstream Rock Radio Chart. Silvertung have worked with Grammy-nominated producer David Ivory (Halestorm) and producer Steven Wright (Slipknot, Avril Lavigne). Their most recent release (But, at What Cost??!) is a seven-track album with each song flowing into the next. It parallels our current events: a story that’s constantly unfolding. Every day, the world – and Silvertung – have something new to say.

Silvertung tackles mental illness head-on and doesn’t sugarcoat the truth. When we get lost in darkness, there’s very little that can snap us out of it. The band bellows the reassurance we need to hear: “You’re Fine.” Each actor is shown in major distress and struggles to deal with the overwhelming affliction, so they resort to sitting on a shower floor, jogging in the woods, or spamming their partner with anxious texts. While they try to cope, you can sense the distress radiating from their temper. When the partner answers the phone, the smile from the protagonist dissipates the tension building up. “You’re Fine” includes writings on the wall – literally: messages spelling out “you’re fine” can be found in lipstick on the mirror or drawn in the snow.

While the actors are working through their episodes, Silvertung is found rocking out in the woods. Lead vocalist Speed stated, “We wrote this song because we see the effects that mental illness has in life. But more importantly, the strengths you have, you may not even know.” The robust percussion and steady bass emphasize the rough guitar work, giving us power and strength through the instrumentals alone. The pandemic surely uncovered a lot of heavy emotions, but Silvertung makes it clear that you’re not alone, we will get through this together.