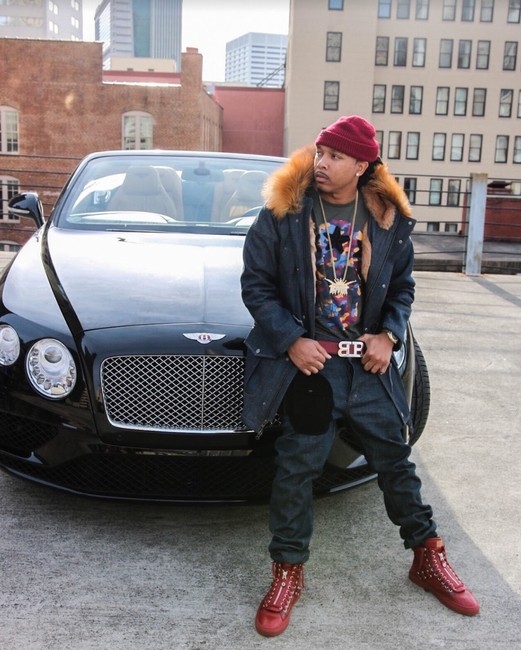 Money can’t buy happiness, but it can motivate you to live a better life! Metro-Atlanta rapper Frank Hugo knows what it’s like to have started from having nothing. Growing up poor, he remembers being four years old, living with his great-grandmother and great aunt in a two-bedroom home with 12 other relatives. At the age of 5, he was introduced to violence when he saw someone get killed. At age 7, he went to live with his mom and met his dad for the first time; that same year, his dad was arrested and sent to prison. At age 8, Frank’s mom loved the streets, which caused him and his siblings to be placed into the system for about two years; foster care felt more like a prison because he didn’t get any visits. At age 10, the house he was living in with his mom completely burned down, which almost killed him, and for the next few years, they were on the move, and he never made friends and had to grow up quickly. When he became a teenager, he was framed by cops, expelled from high school in the 12th grade, and had a shotgun put to his head by the police. After being involved in a couple of shoot outs, catching charges, and living in a laundromat as a teenager, he witnessed his best friend get sentenced to 20 years before they both turned 20. Frank then promised to change his life for the good: he went to college, graduated, purchased a house, and became an entrepreneur before 23. His drive doesn’t just reflect in his music but his entrepreneurial ventures as well. He is the CEO and executive music producer for his record label Brick Money Records (BMR) and a real estate investor, personal trainer, event promoter, and tax accountant at his own firm that he has owned for ten years. His music is a mirror image of his business outcomes, so if money is a result, you can be sure it’ll be the focal point of his videos.

His last music video, “CEO Flow,” was a not-so-subtle flex of where the boss’s mindset got him: overflowing shopping bags and executive clout. Hugo’s motto is, “Hardbody never folding for nothing or nobody,” meaning that no matter what, he won’t hesitate to put the haters in their place. Other rappers can step aside and let the boss show you how it’s done.

Frank Hugo’s past problem used to be entanglements with the court system; now, his biggest dilemmas are not knowing where to store his cash stacks. In his new music video “Count It Up,” you can already surmise what the CEO is counting. The crew is adding up their bills and storing them in large garbage bags in the attic, the only bags big enough to fit all their bread and the only area of the house they know their money is secure. Of course, they’re accompanied by beautiful women who make sure to keep them entertained. Hugo doesn’t just count; he makes sure to spend (and flaunt) the money he’s organizing. They roll up to the jewelers in a Bentley and are no strangers to the man behind the counter; they dab him up right when they enter the store. As if they weren’t iced out enough, Hugo and his team get more rocks to make them shine. When you’ve made it this far, you have every right to show off your success after all the holdups you’ve prevailed through.