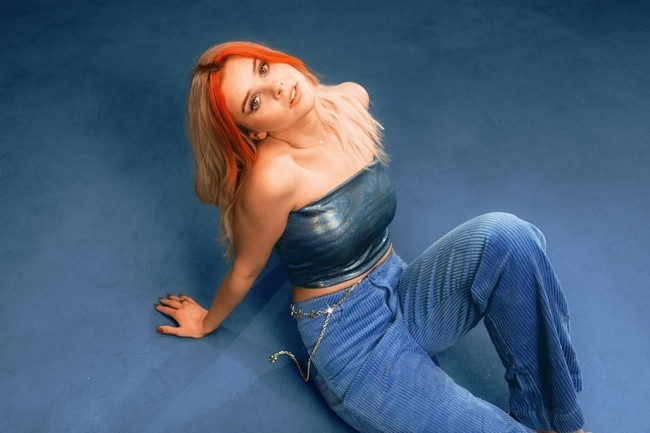 Not resting on the success of her brilliant disco-pop EP Introducing: Hedda Mae, Bergen’s pop starlet Hedda Mae is back with a brand new single, the 90s and 00s pop-channeling “Take It Or Leave It”. It’s out now!

With all the moves, hooks and contagious personality of a 21st century pop star, Hedda Mae is a larger than life character. The pop lineage is undeniable; Robyn, Nile Rogers, The B-52s, disco-era Motown and even Kylie. Hedda distills a winning combination of self-deprecation and uncompromising attitude, allied to unabashed pop.

On new single “Take It Or Leave It”, she’s pushing through the decades – one moment the track is pure 90s pop, the next Hedda is channelling 2000s R&B grooves in a rhythmic, bass-y breakdown. All combined it’s simply such an addictive song about being confident in who you are despite other people in your life being non-committal. As Hedda firmly states in the song: “Deal with it!”

Hedda says that her new tracks are “darker” than those on last year’s EP, saying “This song is very different from my previous singles. It’s deeply influenced by 90s and 00s music. The song is a result of exploring the sound of Hedda Mae, in the spirit of trying to keep the door open for new directions. ‘Take It Or Leave It’ is confronting the frustration of not knowing where you stand with someone.”