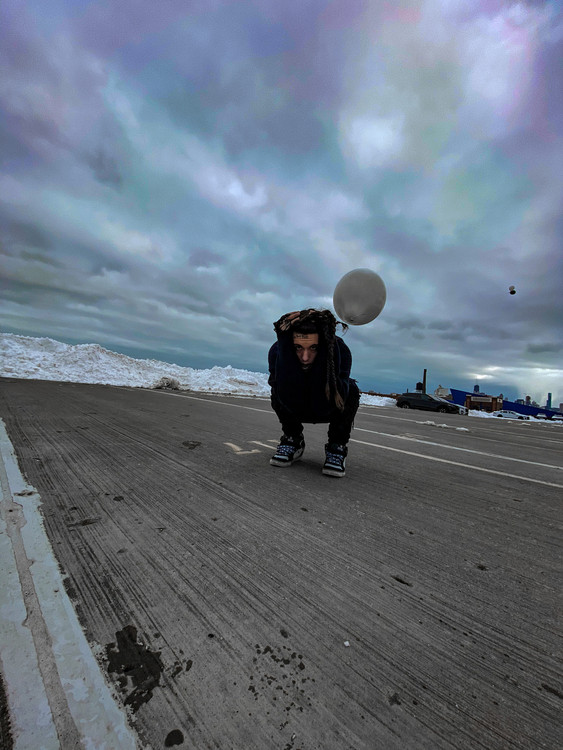 An artist with a weird name, The Opposite of Sad, took these competitions and rejection as its motivation and deep inspiration. During an interview, he said that “I had to take smoking, drugs, alcohol, and rejection from a girl I loved the most as my inspiration. I committed myself to work hard and achieve what I did not have all my life. I took inspiration from music and wanted to create something quite different for the world.”

The Opposite Of Sad is from Los Angeles, but he got his trademark tattoo from San Diego. He once said in an interview that you get a lot of adrenaline when you get a tattoo on your face so that you don’t feel much of the pain. He said that I loved that tattoo because it fits on the current stage of the whole world.

He says that his family hates his tattoo on the forehead because it says, “It’s fucked up, but it’s true.” His friends love his tattoo because they think it suits my personality and the situation of the world. People in the streets stare at him with disgust and say that his tattoo is him being crazy. Whatever you might think, TOOS also maintains that he’s not a regular drug user. He added: “I take them when I feel like it’s necessary, but now I try to stay sober because I want to stay alive and enjoy life. “

He said in an interview that he is planning to get some more tattoos as he loves them. He added that “I would be keeping it and want to get some more tattoos all over my body but not too much as it can take away the natural beauty of my body. Some people think that deep down, I have plenty of regrets of getting the tattoo on my face but to prove them wrong, I am planning to get my eyelids done.”

Did you know? Our American artist claims that he once got hold of some magic mushrooms and used them all. He added that he still remembers the feeling of laying down and high as a kite. He claims that he heard the universe whispered that “it’s fucked up, but it’s true,” and he said that this is where he decided to get this tattoo planted on his forehead.

Our American artist has had a tattoo inked on his face that says ‘it’s f***ed up but true’ because – he claims – magic mushrooms ‘told him’ to. Well, that all seems fair and above board. The 19-year-old artist and producer, who wishes only to be known by the moniker ‘The Opposite of Sad‘ or TOOS, claimed that the universe told him to get the facial tattoo while he was ‘tripping hard.’