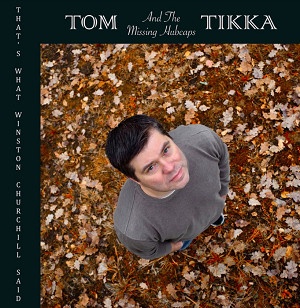 Tom Tikka goes for a hard-hitting classic rock style with “Turn Back The Time”. With an urbane take on the very roots of rock n’roll, the whole of the track feels grand, even stately in its patient, persistent fashion. His voice draws a close comparison to Jon Brion’s similarly soulful spirit, one that feels quite beautiful to behold. Even the lyrics seem occupied with their focus on time, giving it a bit of a surreal tact. Rhythms have a power behind them, one that draws from the natural world in a way that feels truly joyous.

Guitars ring out true for the way that it all unfurls has a grace to it. Distortion reigns supreme for the first few moments as the track builds itself up into a frenzy. Upon pulling back a little bit his voice enters into the equation lending the whole of the piece a considered, careful tone. Percussion has a loose, carefree quality working on a rhythmic as well as an emotional level, with the hits further punctuating the sheer power of his words. Quite cyclical, the entirety of the track’s duration feels outright giddy. Lyrics further highlight this sense of wanting to let go, as there is a certain sense of yearning that filters into the colossal, careful piece for the many layers add additional patterns, giving it an ornate presence.

On “Turn Back The Time” Tom Tikka delivers something that has a visceral urgency behind it.