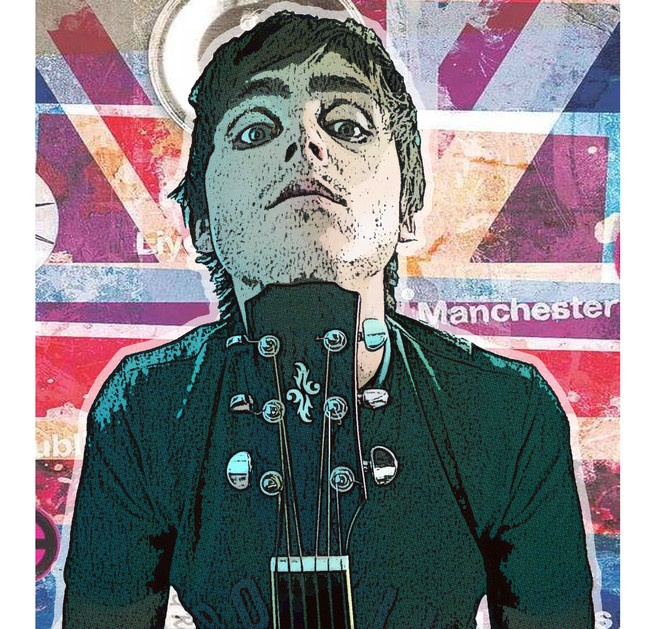 There’s plenty of kinetic streetscape footage in the clip for “Songs Out Loud,” the latest single from Uruguayan rock band Rough Minds. The director takes us, breathlessly, through the streets of Montevideo on a glorious day and digitally amplifies the colors until the entire scene takes on the character of a fantastic, exotic dream. Nevertheless, the money shots in Matias Bernadá Montedónico’s clip are simple ones. They show frontman Josema Ganz’s firm hands on the fretboard of his acoustic guitar. These images demonstrate more than Ganz’s instrumental technique or the conviction with which he strums; they’re a testament to Ganz’s understanding of classic pop-rock compositional architecture and chord structure. Rough Minds’ songs are impeccably built: they’ve got irresistible melodies and singalong refrains, rock-solid beats, and smart, excited, wide-eyed lyrics, and they make their debt to the fabulous British pop-rock movements of the 1960s and 1990s evident.

Ganz is a Uruguayan, but he’s never been hesitant about singing in English and flying the Union Jack. Echoes of jangling British Invasion singles and roaring, Oasis-like Britpop are audible in everything he does – and he’s backed up his musical style with a visual aesthetic that also matches that of the English rockers we all revere. To realize this vision, he’s retained the services of an undisputed master: Stuart Epps, the legendary producer and engineer whose credits include Led Zeppelin, George Harrison, Oasis, Elton John, Paul Weller, and many other towering figures in the history of British pop. Together, they’ve crafted a sound to match Rough Minds’ attitude – forceful without ever being overbearing, tuneful yet pleasantly rough around the edges, and effortlessly swaggering.

And although it might come as a surprise to listeners in the Northern Hemisphere to learn, it’s by no means out of place in South America. Chile, Argentina, and Uruguay love classic rock: they’ve been the home of a recent resurgence of ambitious guitar-based music, true to the aspirations of the album-oriented British songwriters of the ’60s and ’70s. Josema Ganz is part of that trend, and Rough Minds is another inspiring expression of the current South American wave. Montevideo isn’t well known in the States, but most Americans would find its handsome architecture and broad avenues extremely familiar. In the “Sounds Out Loud” clip, he walks the downtown of his home city, guitar in hand, stopping at busy intersections and in front of landmarks to tell his story – loud and proud.