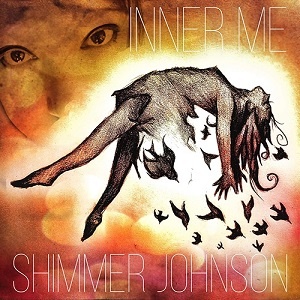 It might be a bit of an oversimplification to call Shimmer Johnson’s new single, “Priceless” a breakup song. The dynamics of the relationship in focus, seem to transcend shared intimacy, but there is little question that the subject is a former lover. What could be a run of the mill piece about heartbreak and the self-reflective aftermath, is strengthened by Johnson’s performance and songwriting. From the opening strings, she establishes herself as a veteran in her prime, with her self-assured delivery and steady hand. She sounds like a seasoned pro, because she is exactly that.

Shimmer Johnson is a highly decorated artist. With songs that have been included on major television networks, and a veritable presence in the industry, her reputation precedes her. She is dropping an album on Feb 9th, which of course will include “Priceless.” It is not your typical single, at nearly 5 minutes long, but because of how well written and lush its production is, that may have no pertinence. It’s a bit of a mood piece that has an almost sobering effect.

There is something of a brisk and icy feel to “Priceless.” It could be to reflect the emotional state of Johnson’s character, in the song. It could be reflective of how she has lost any and all warmth she once regarded this person with, because she realizes just how toxic they were. Upon multiple listens, “Priceless” will truly begin to strike a chord with you, no pun intended. You will likely visualize one of your own relationships, when it was in a state of finality, but instead of melancholy, you will feel dignified, as Johnson seems to be.

Johnson cites several influences, including Kate Bush, Adele, and Tori Amos. It’s the latter that is the most prevalent and outstanding on “Priceless,” though. It has a translucent and ethereal quality that you find on Amos’s material. I must admit, it is derivative, however, Shimmer is much more linear than Tori. If nothing else, “Priceless” is a highly coherent piece, when it could easily breakdown into being emotionally incoherent.

Shimmer has been lauded for her lyrical style, and while not necessarily, sesquipedalian, she does have a poignancy. Her writing is direct, and decipherable. Her message is clear, yet she seems to carefully choose each word, with precision and intent. It must be emphasized just how skilled of an all-round songwriter that Johnson is, because it might be her most outstanding quality as a musician. Her experience and natural inclination have poised her to become exceptionally successful, and she seems far from done.

While, “Priceless” is not the Shimmer Johnson you’ll play to set the mood at a house party, the quasi ballad holds its appeal, nonetheless. This is a song about resolution and ultimately, self love. It’s important to remember in an era of virtual vanity, that self-love is not to be confused with narcissism. Self-love is about acceptance that leads to empowerment, and then to inner peace and light. Shimmer Johnson has shone her inner light on this track, and the result is priceless.