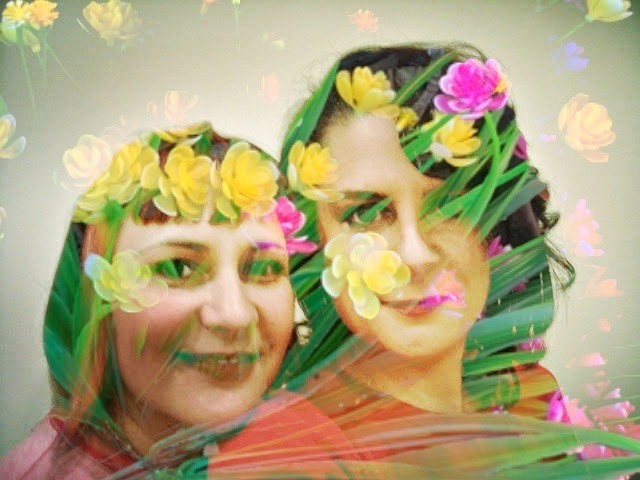 “When will we ever meet?” This question, posed in the second verse of “Face To Face,” the latest single from New Jersey indie-pop group America’s Sweetheart, is the unanswerable riddle troubling the minds of lovers – and friends, too – all the world over, as we cope with the involuntary estrangement caused by the pandemic. Our electronic devices might keep us well-connected but there’s no denying that we’re physically separated, and that there’s not much we can do about it until the crisis lifts. The longing to share air (and more) with those we love is both real and palpable, and with “Face To Face,” America’s Sweetheart gives voice to a powerful unrequited desire. It is a torch song for our time, an inadvertent anthem for all of humanity, and a song as germane to our 2021 reality as anybody could ask for.

You might say that singers Anastasia Kinsella and Valerie Germain handle these complex emotions with their typical skill and grace, except that nothing about America’s Sweetheart is typical. These flexible, imaginative songwriters are quite ferocious when tackling the ins and outs of love and life, and even their softer songs possess a powerful bite. Producer and song co-writer Godfrey Diamond – a legendary rock producer (Lou Reed, Princess Superstar, Billy Squier, Aerosmith…) – has captured the wistfulness of “Face To Face” without losing a bit of its essential catchiness and immediacy. A deft performance from guitarist Robbie “Seahag” Mangano (Sean Lennon, The Grandmothers of Invention) accentuates the track’s melodic charm. Banging out the dreamy beat on drums is Johnny Markowski (New Riders of The Purple Sage and local NJ band Jeb Jones). As the calendar turns, we grow even more weary of isolation, we brace ourselves against fear, and we daydream about the moment when we can finally meet face to face again. This track is a mug of warm cocoa on a grey winter day – a wish for a future defined by passion and intimacy, rather than barriers to togetherness.

Jennifer Cobb’s superbly crafted animated visual for “Face To Face” captures the song’s beautifully melancholy tone. Katie Plitt’s unique and poignant illustrations are brought to life with Calvin Swaim’s animation. The clip is, above all, beautiful: its protagonist travels through a gorgeously-rendered cityscape that, in its depopulation and curious stillness, ought to feel painfully familiar to most Americans. She rides alone on the Number 2 train, she passes empty parks and quiet streets, she dons her mask, carries her groceries, and lets concern fall heavily on her soft shoulders. Spring is visible on the other side of her apartment’s windows, but she can’t partake in its joys; love notes via text message are reassuring but not particularly satisfying. Her predicament is our predicament; her desperate hopes are our hopes, too.