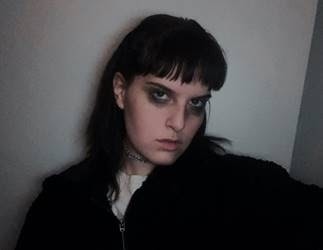 California-born songwriter, pianist, composer, and vocalist Gild Walton introduces herself as an equally poetic and punchy voice on her debut single “Convince My Mind” detailing her struggle through addiction and prostitution to pay her way through in college. Signed to Champagne Therapy Music Group-the label founded by GRAMMY® Award-nominated multiplatinum powerhouse producer Tommy Brown [Ariana Grande, Justin Bieber]-in partnership with Republic Records. The single introduces you to Gild Walton and the dark and captivating story the 23-year-old has to tell, including her experiences with overcoming drug addiction and prostitution.

Tommy on working with Gild Walton, “When I first read the DM from Gild and listened I was overtaken by how simply perfect it was from top to bottom. I was blown away by not only her music but her artistic abilities- they are just so deep. I can’t wait for everyone to hear what I hear and see what I see.”

At just 23-years-old, Gild Walton translates life’s beauty, pain, and truth into haunting lush pop music inflected with cinematic overtones and poetic lyrics. As a kid, she developed a fascination with the darker side of culture, obsessing over Edward Scissorhands, The Phantom of the Opera, and Marilyn Manson in equal measure. Beset with depression and later self-harm, she shuffled through high schools before opting for homeschool. Aspiring to a career as an opera singer, she eventually attended Utah State University, where she ultimately decided to major in criminal justice with hopes of working in the FBI cybercrime division. However, life took a series of unbelievable twists and turns. Faced with financial hardship, she covered expenses by operating a phone sex line, which eventually lead to webcam modeling and sex work. Drugs and alcohol anesthetized the shame, but couldn’t save her. Returning to San Diego, she detoxed alone and triumphantly got clean. On a whim, she shot a direct message to Tommy Brown with her music enclosed. Within ten minutes, conversations about her own artistry began. In the aftermath, she signed to his Champagne Therapy Music Group and Republic Records and makes her introduction with “Convince My Mind.”