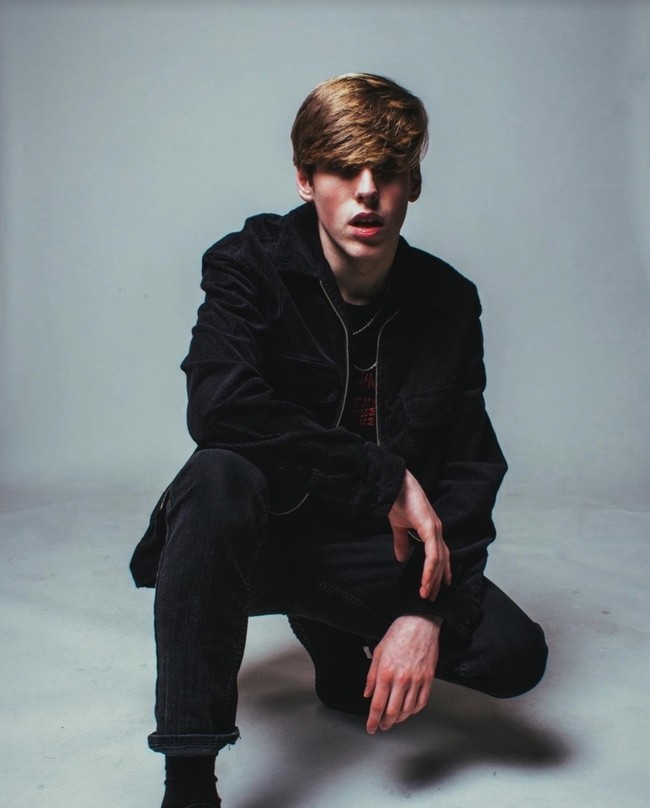 Screen chemistry is a rare and valuable commodity, especially in music videos. Directors rarely have more than three minutes to establish a believable bond between the subjects they’re shooting. It helps to have a young star who’s comfortable in front of the camera and who exudes the sort of raffish charm that screen chemistry depends on. Pennsylvania rapper and singer LBM is an artist like that – a videogenic, charismatic, irreverent presence who lights up his videos’ frames without even trying. For the “Bad Habits” music video, he’s paired with a woman who is more than his match. From the first frames, the dynamics of their relationship feel real, the stakes of their playful sparring feel apparent, and there’s little doubt about who has the upper hand.

The “Bad Habits” clip is a further exhibition of LBM’s effortless appeal, smarts, and uncommon approachability. He’s a skilled rapper and singer – every bar is testament to his wit, his verbal dexterity, and his lyrical inventiveness – but he’s never hesitant to poke fun at himself or drop his cool in the service of the song. “Bad Habits” is, among other things, a note to self: a close examination of the perils and pleasures of associating with a woman who exacerbates his own dangerous behavioral tendencies. Naturally, since this is LBM, it’s also very funny, and as you’ll know if you’ve ever been caught in a relationship like the one he’s describing, very real. He’s matched his storytelling to a propulsive hip-hop beat that draws heavily from trap music and cloud rap while gleefully defying the conventions of both. It’s a unique sound and style he’s developing: one that matches the irrepressibility of his personality.

Just like the song itself, the clip for “Bad Habits” is tacitly self-critical: we know exactly why LBM has fallen for his co-star, and we know just why he’s determined to ride the tiger. His girlfriend puts on a masterclass in flirtation: she teases, she cajoles, she pushes him away, she feigns inattention, she loses herself in her phone while her head is on his lap. His responses – and his intermittent attempts to seize the initiative – ought to be familiar to frustrated lovers everywhere. The setting is equally pretty: a mansion house in the California hills on a gorgeous day, with a view of the Los Angeles skyline in the distance. As explorations of trouble in paradise go, it’s hard to imagine a more entertaining one than this.