We think of the blues as the most traditional form of popular music. And that it is – but it’s also much more. Blues is the bedrock of American popular expression because it demands innovation from its practitioners. It’s designed for personalization – and uniquely suited to tell individual stories. Every great blues musician reinvents the genre in his or her own image. Joyann Parker is a great blues musician, and her version of the blues is at once linked to her predecessors and a unique expression of her own indomitable spirit. 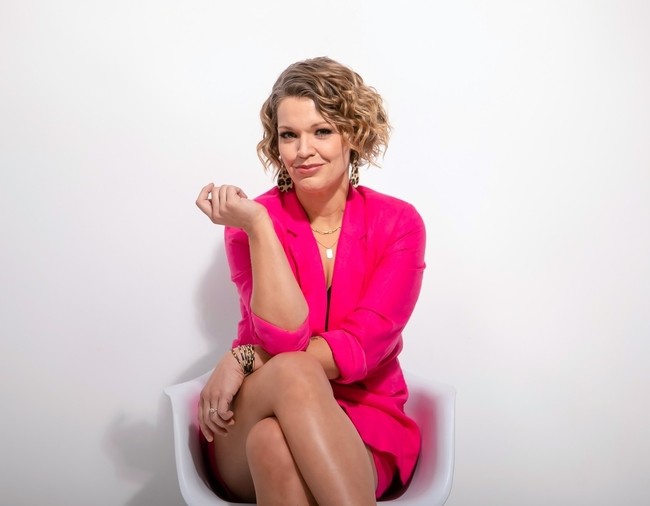 And if you doubt that, all you’ve got to do is hear her sing. Joyann Parker is a revelation on the microphone: whether she’s roaring, purring, reaching for those stratospheric high notes, or exploring that low-down, dirty bottom end of her astonishing range, she’s in complete control, and she makes her personality manifest with every word she sings. The blues is the only style elemental enough to accommodate a singer as forceful and masterful as Parker. No matter how carried away with emotion she gets – and when she lets it rip, it’s an awesome thing to behold – she always remembers to put the songwriting and the storytelling first.

“Carry On,” her latest single, is brilliantly sung. But it’s also a showcase for her superb guitar playing, which is lyrical, fluid, and propulsive, redolent of smoky bars and Delta soil. Parker surrounds herself with ace musicians, all of whom squeeze every ounce of passion out of the song and reinforce her performance with fully-embodied contributions of their own. This is traditional stuff – sturdy compositional architecture and instrumental excellence will never go out of style – and it’s also about as fresh as new music can get.

Joyann Parker and the band bring that confidence into the “Carry On” clip. It’s an exercise in self-assurance and a testament to the enduring power of music. There’s plenty of footage of Parker and the band doing what they do best – playing their song with an absolute commitment on a makeshift stage in the middle of a gorgeous old barn. But Parker and director Anthony Sylvers also have a linear story to tell: a tale of people who were with us once, and are then, suddenly, gone. Several of the vibrant, lively people who Parker encounters at this farmhouse party vanish in the middle of conversations. Where are they now? No one can say for sure. But Parker and the band are firm in their belief that they’re carrying on somehow – and by the end of her performance, she’ll make you believe it, too.