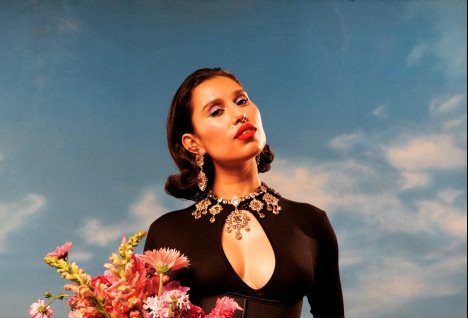 British singer-songwriter RAYE unveils the music video for her track “Regardless” featuring British bass and drum band, Rudimental. The song is featured on her recently released mini album Euphoric Sad Songs and has continued to make waves since its debut racking in over 11M streams worldwide entering the new year. The music video features RAYE trying to distract herself from going through the motions of a failed relationship by having a night out with friends. Euphoric Sad Songs, which also features RAYE’s single “Love Of Your Life”, along with “Natalie Don’t,” and “Secrets” with DJ Regard, is available now at all digital retail providers via Interscope Records.

RAYE has recently dominated airwaves across the UK with two smash singles. “Secrets” with DJ Regard reached Top 10 in the Official UK Singles Chart and has had over 193 million streams on Spotify to date. “Tequila” with Jax Jones and Martin Solveig has been certified Silver in the UK and has had over 108 million streams worldwide. RAYE has amassed over 1 billion streams and has a double Platinum, Gold and two Silver singles under her belt. She has written songs for artists such as John Legend, Major Lazer, Charli XCX, Little Mix, Hailee Steinfeld, Quavo, Normani, Ellie Goulding, Jax Jones, Khalid, 6LACK and Jessie Reyez, and worked with the world’s biggest songwriters and producers including David Guetta, Diplo, Bloodpop, Andrew Watt, Jin Jin, Kamille, Julia Michaels, Fraser T Smith, Fred Ball and Justin Trantor. She also co-wrote Beyonce’s last single “Bigger,” the opening track from the new Lion King inspired album. Her compositions have amassed over 2.25 billion streams on Spotify alone. RAYE was No. 3 in the BBC Sound of 2017 and received a BRIT Award nomination for Best Single with Jax Jones in 2018. This was followed by a Top 15 charting single, the Gold certified “Decline,” a record that stayed on the Radio 1 A List for a massive 8 weeks. In the last year, she has collaborated on hits with both David Guetta (“Stay”; 95 million Spotify streams) and Young Adz (“All Of My Love”). In addition, RAYE is the current face of fashion retailer Flannels, has performed sold out shows at KOKO, Village Underground and Heaven. She has also supported Khalid on his UK and Europe tour and has previously supported both Rita Ora and Halsey.