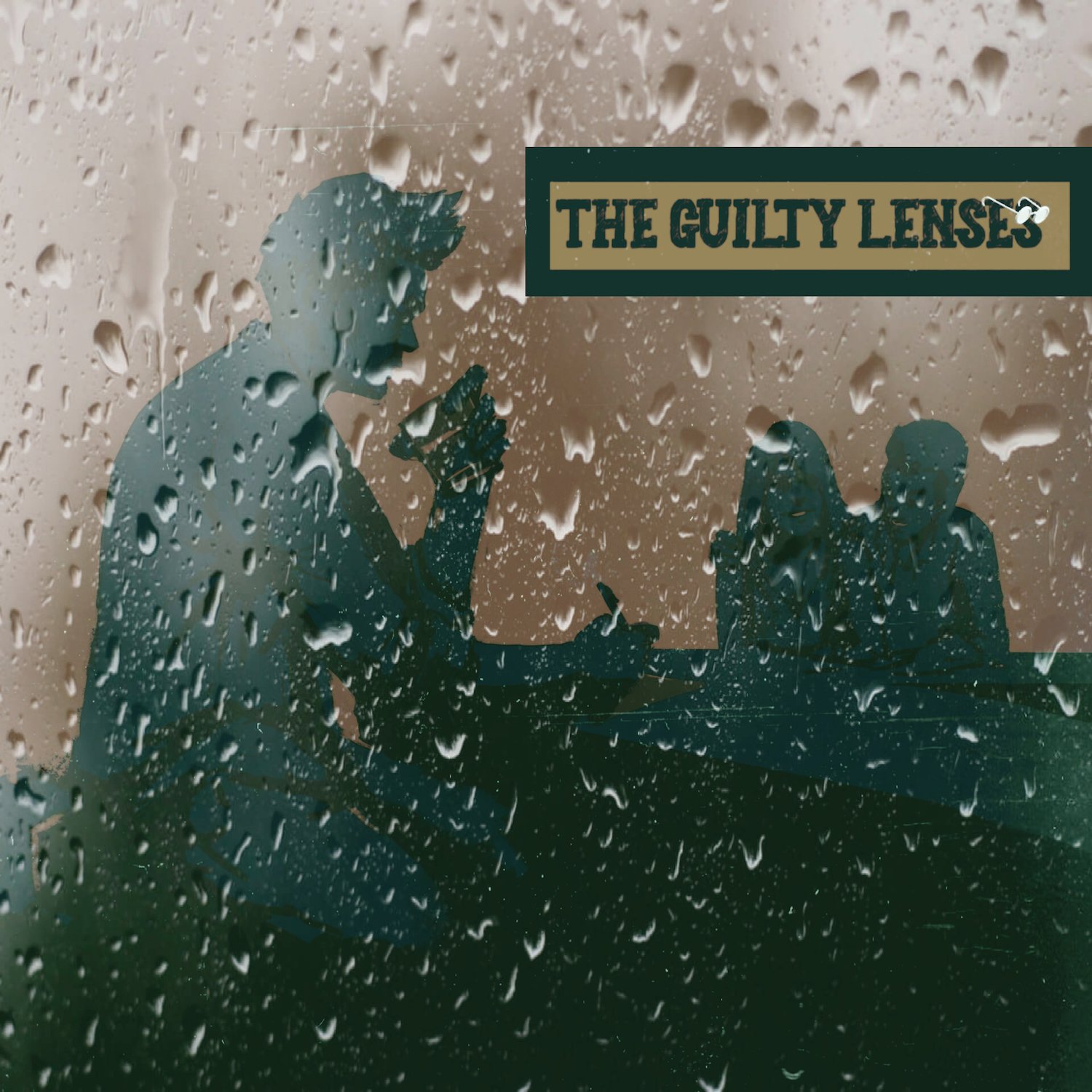 The Guilty Lenses is a trio from Minnesota, and the act’s album (Somewhat Romance, Somewhat Poetry) is a collection of songs that are – in reference to its title – more romantic than poetic.

At its best, the album hearkens back to some of the more memorable guitar rock music from the 80s. One called “Recovery,” for example, opens with a winning guitar jangle riff, which – mood-wise – is as much Gothic rock, as it is jangle-pop. The vocal is somewhat buried in the mix, which is no criticism of the recording. Rather, the guitar part is so gloriously enjoyable, the song’s vocal is not all that greatly missed. Strangely, though the track bursts into a punkish rave-up toward its end, with angry singing and fast-paced guitar riff-ery. It is, indeed, an odd finish to a song, which starts out slower and more thoughtful, yet ends with a great big burst of anger.

“Bittersweet” is another of the album’s more notable songs. It begins with a big beat drum part, which is soon joined by a rumbling bass part. The track blows the cobweb off the amps, with its rollicking sound. It’s far more successful than something like “Between the Paradise and the Sun,” which just wallows a little too much in sadness. The singing is quiet and weepy, which the guitar part is strummy and slow. This may be one where the singer’s poetic influences had just a little too much impact upon his romantic thoughts. It’s a highly personal song, and maybe the singer just needed to get something off his chest, but it’s also a bit trying on the listener.

This band is at its best whenever it sounds like a full band, with each member contributing nearly equally. When this is happening, the singing and the playing sounds inspired. One called “Dance Bar Blues” is a prime example of the group effort at its best. The guitar part is chunky and choppy, while the bass wonders nicely through the mix while drums steadily keep the beat. While quieter is not always better with this act, “Shape of Mind” is one of the better toned-down tracks. It features a complex electric guitar part and one of the album’s better lead vocals. “Better Love” also features some really tasty electric guitar playing.

The album includes a healthy fifteen songs, which sound like about five songs too many. Few creative types appreciate editors. Editors have the guts to remove excess from pieces of art, which actually makes the whole better. Not everything created is creative gold. But by editing out some of this album’s slower moments, what’s left would have been a highly inventive rock album. The release clocks in at just over an hour, and had this full-length been, say, forty-five minutes instead, it simply would have been stronger. Thus, it’s left to the listener to trim off the unnecessary bits and enjoy The Guilty Lenses’ strongest songs.

The Guilty Lenses is a band name that suggests blaming the eyeglasses, not the eyes, for carelessly looking at what should maybe not be viewed. However, one should never feel guilty over looking at life closely, like the The Guilty Lenses.