New York, Los Angeles, Miami, Atlanta – now, thanks to rapper/R&B musician SugaKane, we can add Topeka, Kansas to the list of cities home to rap music’s greatest stars. With 126 thousand people, Topeka gave name to SugaKane’s first album, Small City BIG DREAMS. The god-fearing, family-oriented man (“God first, family second,” he says) spent three years playing basketball professionally in Finland before transitioning to his career in music – and now he’s all about the grind, hustling every day with dreams of seeing his home city represented at the Grammys. 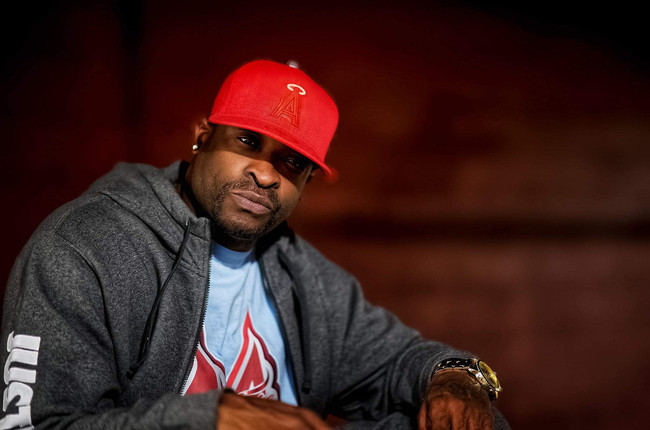 But he can’t do it alone: SugaKane and his brother are together co-owners of Underworld Music Group. He credits his producer Mike G for helping create his diverse sound, and his publishing team at Kingdom 2 Publishing Company and the marketing team at New Midwest Marketing have helped get the word out. Opening for Tech N9ne and DMX has given him even more recognition.

No cap, all drip: SugaKane is paintin’. SugaKane’s music is full swag; it’s raw but has gloss, with an educational thought process. The single “I’m Paintin'”, which features Too Tone – the first to be released from the upcoming LP From The Bottom Looking Up – is about struggling but also about having the motivation to keep grinding forward. “Don’t let your paint dry,” SugaKane reminds us, sharing about his daughter who plays volleyball and is committed to working on the game; “sometimes when your paint dries, other people take your position, so you gotta keep pushing, keep painting.” Too Tone, who SugaKane met through his cousin, joins him on this track. Too Tone’s smooth flow is a perfect addition to SugaKane’s raw, yet glossy swag.

For the “I’m Paintin'” video (produced and directed by SPIZZBERG), SugaKane and his crew headed to Las Vegas. To keep safe, they got in the car and drove – the trip was tough but worth it. While there weren’t as many people out as usual, several malls, luxury stores, and other attractions did remain open. Set at The Cromwell Hotel and Casino, the clip opens with SugaKane getting his hands dirty and – quite literally – painting a picture. The crew made the best of the trip, exploring the streets of Vegas on foot and by car, with the mantra, “Imma keep painting till that Benz in the driveway.”