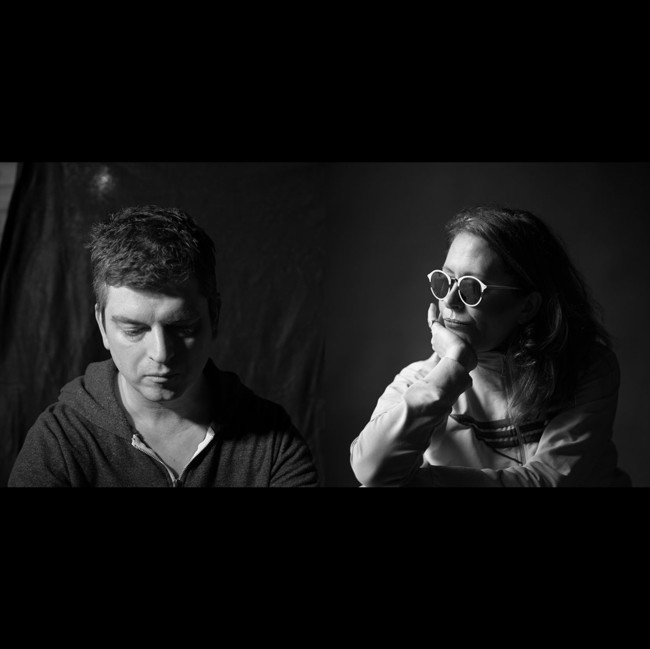 Black and white film is clarifying. Videos shot in crisp black and white remind us that color, while entertaining, is often a distraction. Contrasts between light and dark, motion and stillness, artful blurriness and intense focus – all of these are enhanced by a grayscale presentation. The Ready Steady Die! clip for “Vent” is just the latest example of the penetrating, candid quality of black and white filmmaking. Though we aren’t shown much more than the hands and faces of musicians Morgan Visconti and Sam K., every gesture they make is magnified, and every frame is heavy with emotion. By the end of the clip, you’ll feel as though you know these two well.

And that’s a reversal for Ready Steady Die!, and a telling progression in what has become one of the most interesting stories in darkwave-enhanced pop-rock. Those who saw and loved the group’s hypnotic videos for prior 2020 singles “Woebetide” and “Deep” were treated to dazzling, destabilizing effects, but they were never shown the artists’ faces (Sam K. does make an appearance in the “Deep” clip, but she confronts the camera with a gas mask on). “Vent” is the group at its most personal and most approachable – even as the song saunters, swings, and menaces the listener, there’s an intoxicating, welcoming undercurrent. They’re ready to lock eyes with their viewers and tell their story.

Yet they’re still separated from each other and their audience by contingency and cruel fate. The shadow of the pandemic hangs heavily over the “Vent” clip. While this shouldn’t be confused with one of the many recent videos that have tried to make an aesthetic virtue out of the necessity of videoconferencing – it’s much more artful – the dividing line in the center of the frames speaks volumes. Visconti is on the left, and Sam K. is on the right, and although they’re clearly playing together and furthering the musical dialogue at the heart of Ready Steady Die!, isolation and confinement haunt all of these images. Everything is stark, beautiful, and curiously still, especially the keys, strings, and knobs of the instruments they play. But the expressions on the faces of Sam K. and Morgan Visconti betray a kind of weariness that we’ve all grown painfully accustomed to – weariness that the comforting presence of Sam K.’s dog and Visconti’s infant daughter cannot wholly dispel. These two artists have dropped the obstructions and bravely broadcasted their pain – there, for all the world to see, in deep black, arresting white, and nuanced shades of grey.