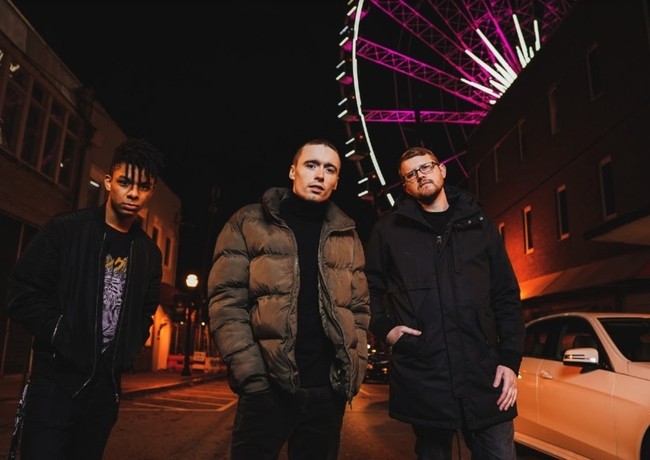 The world of indie-pop is a domain unlike any other. When it comes to making it big, every artist has to find a balance between making music no one has heard before and adapting their sound to the pop radio gatekeepers’ liking. In a time where the well of talent runs dry, leaving fans aching for something new and dynamic to sweep them off their feet. Indie pop needs an electric jolt that will kick it out of its deep slump, and Atlanta trio Forrest Isn’t Dead seems to be the exact shock that the genre is begging for.

Forrest Isn’t Dead bloomed out of the reflective isolation that lead singer Forrest Kleindienst experienced in his teens. Raised as a latchkey kid by a single mother, Kleindienst passed his alone time listening to indie greats like The Smiths and making his own music. These two acts kept him out of trouble in his little slice of suburban Georgia and convinced him that there was more for him outside the four walls that made up his bedroom. After seeing other artists that made careers of playing in their bedrooms, Kleindienst put together the foundation that would launch Forrest Isn’t Dead. This band would work to inspire hope in the hopeless and show that even some nobody kid from the suburbs has the potential to do something great.

“Here We Are” is a tapestry that paints out the tumultuous childhood that lead singer Forrest endured. Set in a typical suburban home, audiences and fans are exposed to a single-parent family where everyone is in their own little world. The mom deals with her depression by taking pills and wine, the son rages out at a video game alone in his room, and the daughter tries desperately to be a beauty queen that she doesn’t see in the mirror. Everyone is circling down the drain as they deal with their inner demons, while the band is shown in the house playing their song and singing about how the dad is just a ghost that is never seen. The video casts a cloud of emptiness over the family and works to show that sadness can fester in even the most conventional of households. The spirit of a broken home is abundantly clear in the art of Forrest Isn’t Dead.