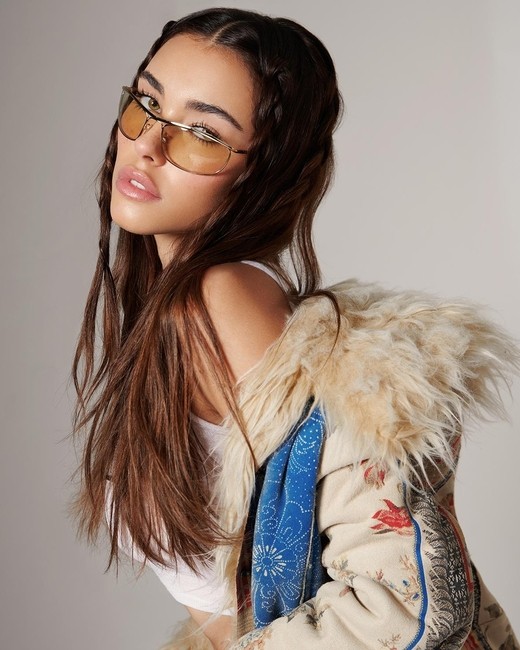 Today sees Madison Beer release her latest single “BOYSHIT,” via Epic Records. With the release comes Madison’s Vevo LIFT campaign, which features a performance of the single, along with “Selfish,” her fastest ever US certified gold record, and a short film on the artist titled “Becoming.” “BOYSHIT” is taken from Madison’s forthcoming debut album, Life Support, out February 26th 2021.

“’BOYSHIT’ is one of the last songs I recorded for my album, and it was just kind of a build up after this really long year,” says Madison. “It’s simply about knowing your worth and when to leave a situation. With the play on ‘bullshit’ I figured it was the perfect time to use the age old saying about an immature or disrespectful boyfriend ‘he’s not a man, he’s a boy,’ but it then flourished into more. This isn’t as simple as a childish man, it’s deeper than that. Anyone can behave in a BOYSHIT’ manner and I think there’s something to be said about knowing when enough is enough and when you’re truly just feeding into nonsense, I think a lot of that is knowing your worth. This song is meant to uplift and inspire people, of all genders, to know when it’s time to stop putting up with boyshit.”

“BOYSHIT” is the latest single from Madison’s highly anticipated debut album, Life Support, out February 26th. The album is a strong personal and artistic statement that sees Madison where she thrives – commanding creative control through writing her own songs, producing and creating her own visuals. Life Support features previous releases “Good In Goodbye,” “Selfish,” “Stained Glass” and “Baby” which have a combined total stream count of over 442 million. Globally, Madison has nearly 3 billion streams across her catalogue.

“Writing songs is like therapy for me,” says Madison. “That’s why this album is called Life Support. It helped me get rid of the darkness and see the light. My inspirations sonically are really diverse. I guess I’m not an easy artist to pigeonhole, and a lot of these songs are like nothing I’ve ever attempted before. All of me is laid bare on this album; it’s been a really fulfilling experience to create something that feels so true to myself. I’m grateful to my fans who have stuck by me since the beginning. Life Support has been a long time coming, and I’m just so excited for them to see what I’ve been working on.”