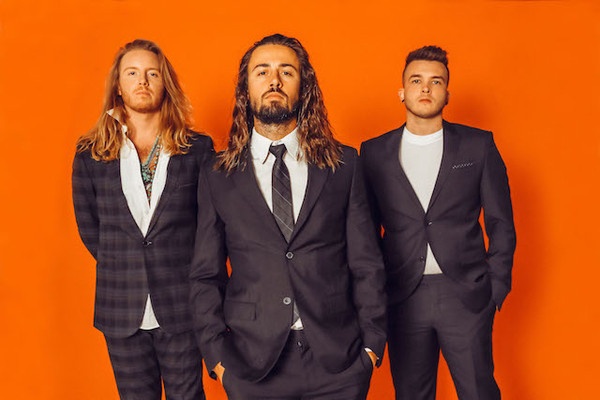 LEVARA and Mascot Records present “Chameleon,” the second song to be revealed from the band’s debut studio album coming in 2021.

The recording features a special contribution from Steve Perry on background and group vocals, while the accompanying music video presents more than forty friends of the band appearing singing the song simply expressing themselves in a natural sense. Amongst those appearing are tastemaker Matt Pinfield, boxer Victor Ortiz, multiple band members of Toto, alongside many others sharing a common humanity driven by the power of song.

Singer Jules Galli offers, “The metaphor of being a chameleon in our human society is something we can all relate to in our own way. The chameleon learns to blend in as a means of survival… he’s got to stay invisible to predators while preying on his next meal. To me, the song is so deep that the meaning of the song keeps evolving through time. Within our authenticity lies our real power. Break free from this mode of survival and let yourself be seen, heard and accepted.” Drummer Josh Devine shares, “Chameleon is one of my personal favorites on our debut record. The meaning to me personally speaks to the idea that I don’t want to just be another chameleon, blending in to fit in with the worlds agenda to be liked or loved for someone I am not. It may be the path of least resistance, but at what cost? Stand out and be YOU! Loud and proud. I’d rather be hated for who I really am, then loved for who I’m not!”