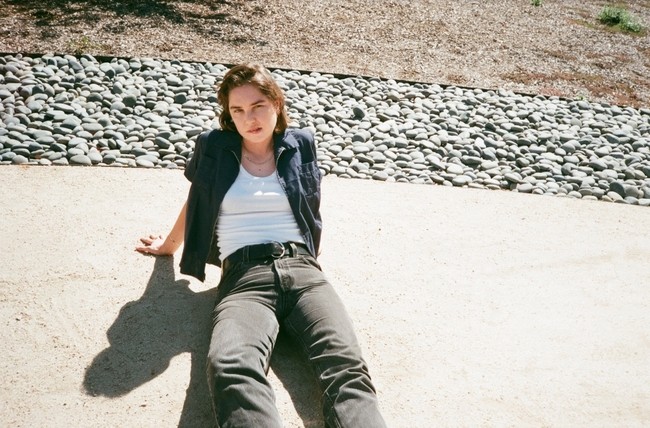 New Zealand multi-instrumentalist Emily Edrosa describes herself as “a pretty afraid person” who’s scared of change. That’s totally normal – lots of us, if pushed, would probably self-identify as such. What’s not normal is to move to the other side of the planet, alone, to a country in the middle of losing its mind, based on nothing more than a daydream of what might be. Edrosa had spent the previous decade carving out a spot in the cozy, supportive Auckland scene, fronting locally beloved indie rockers Street Chant, with records out on legendary Flying Nun Records. She traded it in for a shot at the LA rock clubs, the hope of forming a band in the city of Angels, and maybe a chance at a green card and with it, the option to stick around long enough to make something happen. Well, she got it: she got signed to Park The Van Records and made Another Wave is Coming with underground A-list producer John Agnello (Kurt Vile, Sonic Youth, Dinosaur Jr.). “She Agreed” is the first single off that record.

All has so far gone according to plan in Edrosa’s career, but the narrator in “She Agreed” sees her love life go completely to hell. A simple, dreamy guitar stands in for the simmering anger and hurt laid out in the lyrics, which center on a relationship ended as much by one partner’s unwillingness to fight for it as by her homophobic parents. After inviting the listener to witness that pain, Emily’s voice soars as she shoots down the high road: “I refuse to pretend / that I don’t hate all of them,” and drums enter to pick the song up into a gallop. Begrudging acceptance hangs off her voice like icicles. She’s past it but never quite over it, and that’s the most real breakup song scenario anyone’s crafted in years.

Directors Emily Kempf (frontwoman of the band Dehd) and Ryan Hart throw a breakup in reverse, which goes from regular-nasty to next-level-nasty with shocking speed. We come in at the very end, witness to some roadside trauma, and as the song builds in intensity and the film rewinds, we piece together how the video’s hero came to be on her back on the blacktop. A relationship implodes in the front seats of an unremarkable car, in an unremarkable cul de sac, both of which make this tear-streaked agony and upheaval all the more surreal. One of the women flees the car, door left open, engine running, while the other – coldly! – decides to end things in a way that’s far more final. “She Agreed” rewards repeated views, a beautifully conceived and shot clip about one ugly afternoon.