“This video is perfect to me as it is about and correctly portrays moving through time and life, making choices, good and bad, that are part of our path. We never know where we’re going to end up, but we’ve got to keep moving. We have to keep living through our mistakes and our glory. There are lessons to learn and things to be done. ”Time is a healer, and life must go on, so here’s to all the Things To Come!” – Jeremy Parsons 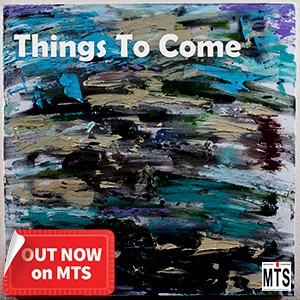 “We all have those crucial crossroad points in our life, a moment in which you have to look at what you’ve got and realistically decide what’s next and what’s for the best,” says singer-songwriter Jeremy Parsons. What’s next, for the San Antonio, Texas native is the fourth single and title track from his forthcoming album, “Things To Come.” The single drops on November 20th, with the full album out January 8th, 2021. Pre-saves/sales are available for both.

Parsons continues, “Things To Come’ (the single) is about the journey that got me here, a rollercoaster ride of drugs and alcohol, a search for the correct answers for myself. Was it that my life was over, or was it that something greater was about to begin? That was my choice to make, and I chose the latter. I walked that path until it almost killed me, and then with the help of the ones I love the most, I made a shift. I quit drinking because it was destroying me, my friendships, and all I had worked to achieve. There were plenty of good times and travels there, but I had more to do, and I was finally ready to face myself and get back on track. This is a song for the future, and it comes with the knowledge that we are in control of our own lives, and we should look forward to that, no matter how rough it gets. Here’s to you, to now, and to all the ‘Things To Come.”

ABOUT JEREMY PARSONS: Born in San Antonio, Texas, Jeremy Parsons grew up soaking in the sounds of Texas music in the dancehalls of the Lone Star State. Jeremy was always a fan of music, but it wasn’t until his later high school years that he discovered his knack for it. Driven by his passion, he taught himself to play the guitar and began to write and perform music. Over the past decade, Jeremy has played all over the U.S. and in Europe, including numerous venues in Texas. After a stint in Nashville, including several residencies, Jeremy returned home to San Antonio. Jeremy has charted on numerous airplay and sales charts, while making guest appearances on CBS, FOX, ABC and NBC affiliates. His music videos have also received Official Selection status in several international film festivals.