Saying that it’s hard to follow-up on a record everyone calls an instant classic isn’t easy just isn’t doing the task at hand justice – it’s just about impossible, and historically speaking, a quick glance at post-hit performances from the legends of pop will immediately clue you in to what I’m talking about. 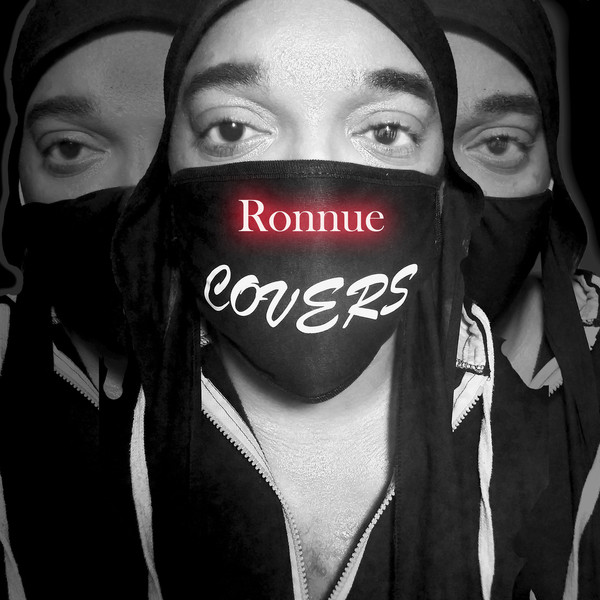 While this is an inarguable fact, especially in 2020, Ronnue didn’t dillydally in getting back into the studio after dropping Introduction 2 Retro-Funk last year, and in his new album Covers, he shows us that he’s ready to keep moving full-steam ahead with his professional campaign. Ronnue makes a point of staying away from the same kind overambitious pitfalls so many of his peers have run into when trying to make a record full of cover songs for themselves by blending minimalist influences with a broadminded approach to harmonies in “Being With You,” “She’s Always in My Hair,” “I Can’t Tell You Why,” “Sex Shooter” and “What Can I Do For You.”  His experimental edge is still here, seeping into the mix behind the lyrics of “Fire” and “That’s the Way Love Goes” like a clandestine force of pure charm, but unlike previous works, it’s not the centerpiece of the music here at all.

For this being a pop-oriented record from top to bottom, I don’t think Covers is nearly as hook-driven as some people might initially expect for it to be. There are numerous instances in which the vocal is given the chore of tying everything together in the music, which is no easy feat when you look at the eclectic nature of “That’s the Way Love Goes” and specifically the arrangement of “Fire;” even so, Ronnue doesn’t stumble with any of the goals he sets for himself in these studio sessions. The mix itself has a more college radio-inspired feel to it that I was immediately happy to hear (mostly because of its absence from so many of the modern indie R&B tracks I’ve been listening to this winter), and while it isn’t inviting any sort of synthy noise into the LP, it’s not disrupting the natural graininess of any groove here.

I’ve been following the west coast underground and particularly the northwest music scene out of Seattle for a lot of years now, and I don’t think I encountered another artist that had quite the level of concentrated buzz Ronnue had on the back of Introduction 2 Retro-Funk. The pressure to come up with something incredible to succeed that album’s place in the hierarchy of hot independent releases must have been something awful to contend with, but when listening to his versions of “What Can I Do For You” or “I Can’t Tell You Why,” I don’t have any doubts in my mind that it was all worth it. This is very telling of what direction he’s heading in with his music, and if it’s teasing the tone of the original content he’s liking developing at the moment, I’ll make a point of reviewing the next true Ronnue studio album as soon as it comes out.