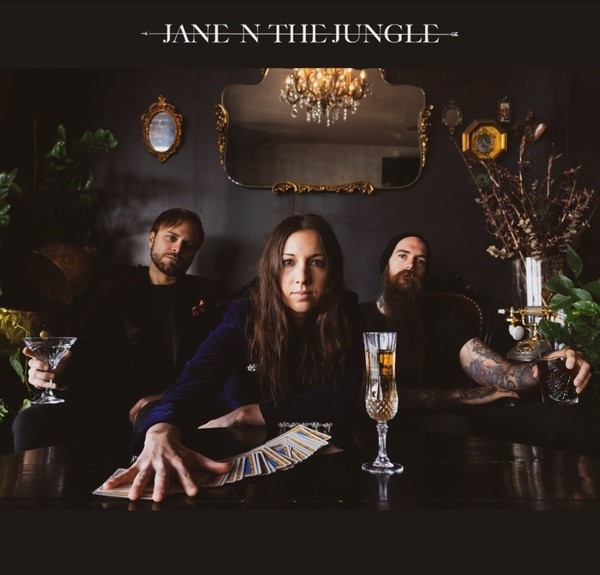 Childhood friendship gets you far when you share the same passion. Phoenix, AZ Jordan White (lead singer) and Brian Dellis (guitar) began writing songs together and years later turned those words on paper into a tangible identity known as Jane N’ The Jungle. Later, Bryan Dague (bass) joined the band in 2018, forming a trio of undefeated musicians with many years of practice behind them. White toured with Up With People and studied musical theater, Dellis is self-taught and a native in various punk bands, and Dague is a CRAS graduate who worked on their first full-length album, Concrete Jungle.

The alternative rock combo creates a distinctive sound that blends 90s alternative and modern rock crediting Tori Amos, Brandi Carlile, and Third Eye Blind as some of their influences. They were recently featured on Women That Rock (thanks to White’s powerhouse vocals) and were able to take over their Instagram for the day. They also represented Arizona at the virtual #iVoted Festival by giving a remarkable performance on election day. Their music has been licensed on Honda commercials, and their debut album, Concrete Jungle, was funded in part by a sponsorship with Ford Motor Company.

One clear thing we know about Jane N’ The Jungle is their unrefined disposition. There’s no twinkling backdrop, no ostentatious production crew, and no glamorous get-up in the new music video “Lucky 7.” It’s just White, Dellis, and Dague, their instruments, and their compelling synergy in every angle. Sometimes, the best memories are the ones not planned; instead, they’re the restless nights spent in the studio or the time occupied in a motel corridor drinking out of plastic cups. According to Jane N’ The Jungle, “‘Lucky 7′ was written about a night the band had while playing a show in Las Vegas and hanging out at Longhorn Casino in East Vegas.” It replicates one of their favorite memories through its free-spirited and striking chorus and raw footage. There’s nothing more engaging than watching a band create the song you’re jamming out to and feeling like you’re a part of the behind-the-scenes footage. Whether they’re at Pearl Sound Studios or sitting on a parking lot curb after-hours, Jane N’ The Jungle lets the days and nights take them away into whatever comes next because, in the end, the world’s most favorite number will always be there to set them free.