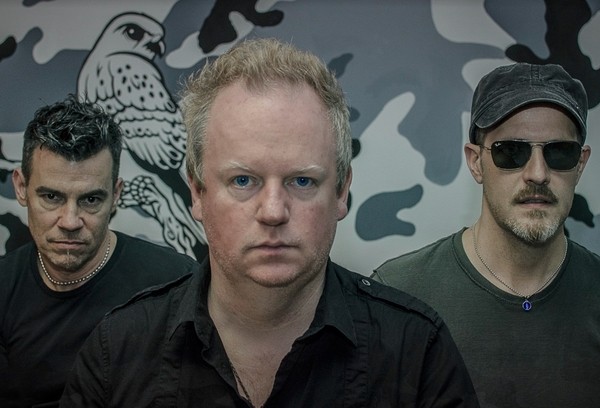 It might sound like a metaphor. But when we tell you that much of the best Garden State music comes from the underground, we’re speaking literally. Basement parties in New Brunswick, ground floors of Newark warehouses, garden-apartment art galleries in Hudson County: for decades, these have been choice places of gestation for adventurous Jersey rock. As a veteran of the Jersey independent music scene, Gerry Perlinski of Lost Romance knows all about the subterranean sound of his home state – and of the rest of the country, too. Lost Romance has toured all over the US, playing shows in over 20 states plus festivals like CMJ, CBGB Fest, and NAMM. When he throws back the basement doors of a typical Jersey City apartment building in the clip to “Heart on a Wire,” his band’s latest single, any true lover of the underground can anticipate what’s in there: a makeshift stage and a low ceiling adorned with a string of lights, amplifiers and microphones, and an appreciative crowd of locals, all ready to be inspired.

So natural is it for an independent rocker to have a basement full of equipment and a performance area that director Josh Stoddard (who’s made clips for Fountains of Wayne, Camera2, Heaven, and Ivy) doesn’t even present it as a surprise. Instead, it’s more like a homecoming. The camera follows Perlinski as he pushes through the crowd, slings the six-string around his neck, and, flanked by bassist Dan Haag and drummer David Harman, begins to roar. “Heart on a Wire” is exactly the sort of song you’d expect to get from a basement: passionate, direct, abrasive, deeply meaningful, and delivered with absolute conviction. All of the independent rock verities are here – sincerity, grit, restless energy, unpretentiousness, insouciance, distortion and drive, and great instrument sounds, too.

The song is representative of the material on Strum It Again, the band’s appropriately-titled album. It’s another winner from the group, and a worthy successor to The Light and the Dark, the subtly innovative EP that firmly established Lost Romance as a player not only in Jersey independent music, but in the DIY scene nationwide. Since the release of their debut, they’ve shared stages with King’s X, Rye Coalition, Pat DiNizio of The Smithereens, Elliott Easton of The Cars, and many others. They’ve appeared at the annual Light of Day Festival in Asbury Park, and they’ve been nominated for several Hoboken Music Awards. They’ve got the regional press in their corner, earning praise from NJ.com, The Aquarian, The Jersey Journal, NJ Underground, and other publications online and off. Sure, they’ve made their way touring across the country; but the Garden State will always be proud of their own.