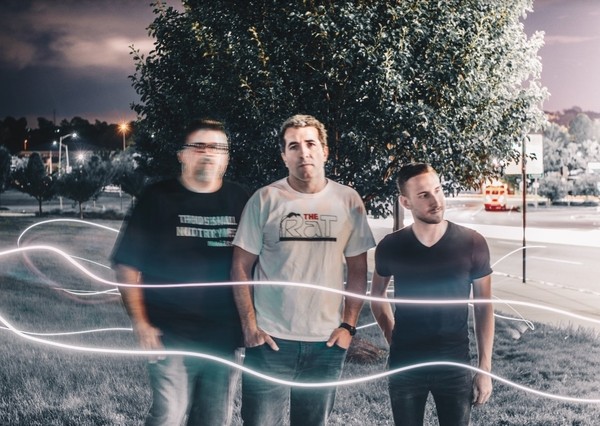 In the heart of Boston, you can find Elsewhere, an untamed and evolving trio that melds the genres of progressive rock, punk, and power pop. At the core of Elsewhere, you will find three rockers: Michael is the architect and visionary behind the band’s music and lyrics; Adam is the young musical prodigy/drummer that streamlines their sound and Kevin (aka “Thundersnow”) is the stalwart bass player that helps keep it all together. All the members have been musicians since teenagerhood and now have come together to push the limits of conventional rock with their output of emotional release, raw angst, and ambitious energy.

A few influences like Rush, Duran Duran, and the Sex Pistols got them where they are today, but their cover of Police’s “Don’t You Believe Me Baby” boasts nearly 250K views on YouTube, secured airplay on SiruisXM’s “Underground Garage”, and landed them a full-page feature in the Boston Herald. Not only did they gain recognition in their home base locally (radio) and nationally (film, television, soundtracks on MTV), Elsewhere scored a writeup in one of Belgium’s biggest outlets, Rock Tribune, and major press all over Europe.

As we enter November, we must remember that it is National Alzheimer’s Disease Awareness Month. The increasing correlation of aging and diseases is a harsh reality to acknowledge, and Elsewhere genuinely addresses the difficult topic of Alzheimer’s in the new lyric video “The Pledge”, which was mixed by Grammy nominated Producer Mark Needham. We’re taken on a tumultuous journey of two different perspectives; the first is someone suffering from the disease, and the second is a person close to the sufferer who is desperate to process and understand the circumstances. The “banthem” (ballad and anthem) soars at the end with positivity and hope. The lyrics ring out, “When we have won / and we have won / It will be because of love.” The disease will be defeated with their optimism and faith.

“The Pledge” is a topic that remains close to Michael’s heart; it’s based on his own experience with his mother, who is suffering from Alzheimer’s. He hopes to create awareness and inspiration, and hold pharmaceutical companies accountable for their false starts. Most importantly, the song will relate to and inspire the millions of people who feel their loved ones slipping away. No matter the outcome, love prevails and is the key feeling to retain when dealing with life’s most challenging times.