Stephen Jacques’ single, “When I Fell In Love With You,” is taken from his album Charmed to Death. On it, he was helped by multi-instrumentalist and producer, Alan Weatherhead, who has worked with such artists as The Cardigans, Sparklehorse and Cracker. This song’s sound features more of a resemblance to Cracker and Sparklehorse’s roughnecked Americana, than the polished pop sounds of The Cardigans. 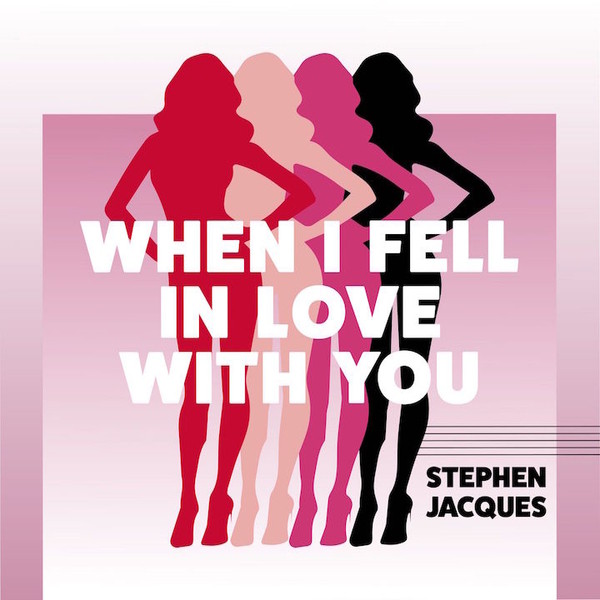 Jacques has lived quite a life up until this point. Although he sounds comfortable and confident in his role as a singer/songwriter, he’s also worked as an engineer, custom builder and even as an actor. When you live such a varied life, it’s not surprising he has a whole lot of good material for songs.

Jacques, who has already recorded multiple full-length albums, begins this single with drumming sounds, which lead into enjoyable slide electric guitar. He starts off singing his romantic song with appropriately romantic lyrics. “Under shooting stars at night,” he sets out. We oftentimes remember natural elements we see while we’re falling in love. Sometimes, we even credit these nature scenes with helping us make it all happen. For instance, the moon has probably been granted far more kudos for encouraging romance than it truly deserves. It’s just the sky’s brightest light at night, so it’s really more like a movie extra receiving a film credit, than being a true partner.

Nature gets more shoutouts along the way, including a river, the hawks, and the doves. It’s almost as though nature is playing a personification in helping to develop this budding love affair. Eventually, though, Jacques begins to speak about the steps he took to make it happen. “That’s when I left my Virginia farm,” he tells us. He ventured out to “California, with you in my arms.” Hence, this romantic store begins to evolve into a love story-travelogue.

Jacques doesn’t have an especially smooth or pretty singing voice. Instead, he’s more of the rough and tumble, conversational type of singer. He kind of reminds one of a western movie narrator, speaking plainly, like a townsman while describing Jacques’ geographic movements. When this track arrives at its instrumental solo, it’s a simple, yet effective, slide guitar part. Much like Jacques’ unpretentious vocal style, this instrumental part is modest, but straight to the point. There are no string-bending pyrotechnics on display during this piece, just strong and appropriate lead lines.

When Jacques starts to recall the California goldrush, it suddenly becomes clear how he’s putting this story into a historical context. This is not Jacques today, but his character describing a love tale from way back when. Nature enters the picture again, however, once Jacques begins singing about swimming in Morro Bay with his new love.

The way Jacques retells his love recollections like a novelist, sets this song apart from so many other lesser love songs. Far too often, love songs just go on and on about how one person loves another person. With “When I Fell In Love With You,” though, Stephen Jacques creates a cinematic viewpoint of this pairing. That makes it awfully easy to fall in love with this single.