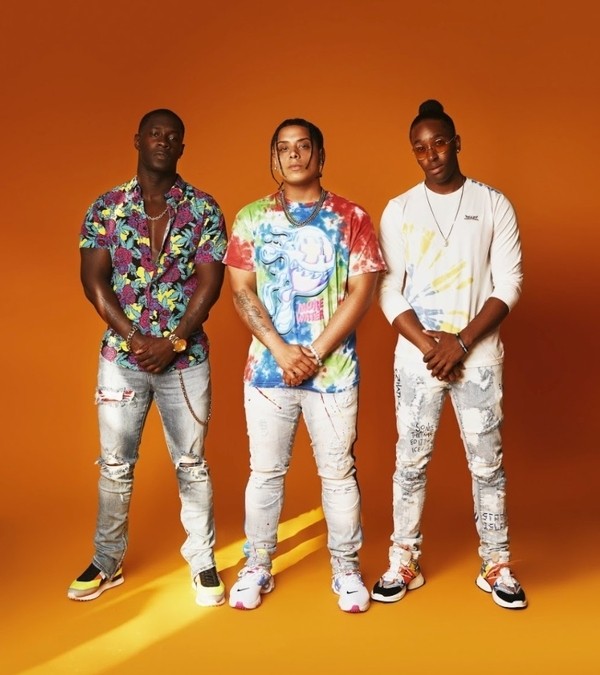 Good R&B moves you, but great R&B – that timeless kind of R&B – transports you. Boyz II Men knew the difference, Blackstreet knew it, and their modern counterparts in Final Draft definitely know it. The three-piece – Lucky, Divine, and Voice – are one holy trinity of pipes, looks, and hooks. The Atlanta group has performed and interviewed on shows like The Wendy Williams Show, Sister Circle, and were very special guests on Nick Cannon’s wildly popular Wild’n Out. But their break came when they wowed the seen-it-all judges on pop culture juggernaut America’s Got Talent. All this, plus multiple viral videos views in the millions! Final Draft released New Kings of R&B with break out single, “Started,” showing the world why music legends have co-signed Final Draft as the New Kings of R&B. “Started” is some serious soul, the perfect track to reintroduce the world to their new favorite R&B group.

Infectious and seductive, “Started” wastes no time getting right to the point. Final Draft has the elusive gift of dropping some real lyrical eye-openers that take true star power to pull off. But it’s clear to anyone who’s heard them sing that Lucky, Divine, and Voice have the kind of charisma, sex appeal, and distinct personalities that make every bar, every turn of phrase, exciting and sensual. The track’s spare, percussive low-end, and lush keys are all the fellas need. They duck and weave in and out of the verses, tossing out some high notes here, a whisper there, as naturally as the New Kings of R&B that they are. If these melodies, these voices, and this track don’t get the night started, nothing will.

Director Eliot Xavier employs a classic shoot-within-a-shoot narrative to kick off an unexpected courtship between co-workers. We’re behind the scenes at a Final Draft photo session, and it looks like these guys are bringing folks together, even when they’re not making music. Later, Lucky, Divine, and Voice walk the parks and courts of their neighborhood, born performers. Meanwhile, the photographer and business rep keep the day going outside the studio, hitting the park, just kicking it on the swings. The day goes on and they quickly get closer, the chemistry between them obvious. Our man does his very best to be the gentleman, but this is a Final Draft track. You’ll have to wait and see where this date ultimately goes.