The title “The Diva” can only be bestowed to one person. And that person needs to be fit to uphold the title correctly. If we look at “the diva” requirements, one must be an entertainment guru, an international icon, and a primadonna with all of the talent and none of the temper. The only candidate left that checks off all of the prerequisites is Bay area artist, Keldamuzik, which is why it’s been her nickname for the entire duration of her lengthy music career. 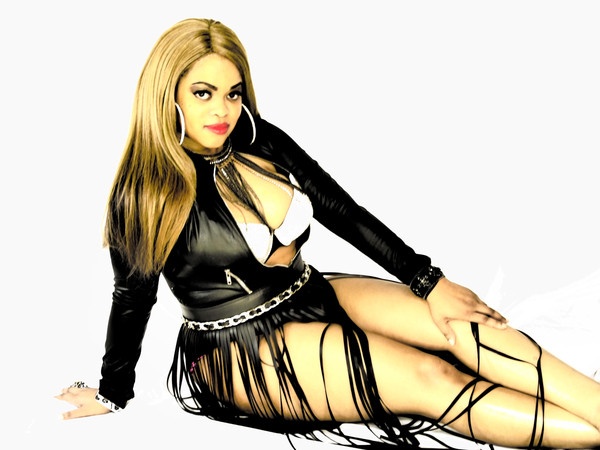 She dabbles in pop, dance, hip-hop, and R&B and has four albums that hone in on her craft. Her versatility proves her preeminence both behind the mic, in front of the camera, and behind the scenes. Keldzamuzik screened her first film, Love The Original Way, at the Black Hollywood Film Festival through her entertainment company. The actress also hosted Diva Talk Tonite and Diva TV, on-screen projects accessed throughout the Bay area. Not to mention, her first single “I Don’t Care” was featured on Bravo TV’s The Real Housewives of Atlanta. Everywhere you look online, or on television, you’ll find a trace of Keldamuzik.

Director Rob Fitzgerald translates the sunny, upbeat pop track, “Can’t Keep Up,” into an equivalent vivid lyric video. Keldamuzik’s air of pride and confidence empowers us to do the same. Her testimonial is clear: know your worth and never settle for less. One thing for sure is that the singer will not tolerate her time being wasted, so make sure you prove your significance upfront. The words on the screen appear as assertive as she sings them. We’re comforted by the soulful RNB melody and energized by the trap-style beat and invigorating hip-hop verse. The backdrops flow and flutter while the lyrics roll out and merge. Fitzgerald isn’t shy with the color palette either; no part of the video lacks flavor. A bold and vibrant Keldamuzik track needs a fitting video to match.