This August, she declared her independence with the uproarious, soulful, buoyant “In My Bag,” a duet with the like-minded R&B singer Dasia Gray. Today, the singer formerly known as Maxxy From The Trap keeps the momentum going with another fire-starter. On “In My Bag,” MaxKaella showed that she had it – with “Money Dance,” she’s determined to flaunt it. The Atlanta artist is as provocative, funny, brash, confident, and entertaining as ever: she’s stacking money, and she wants to make sure you know. 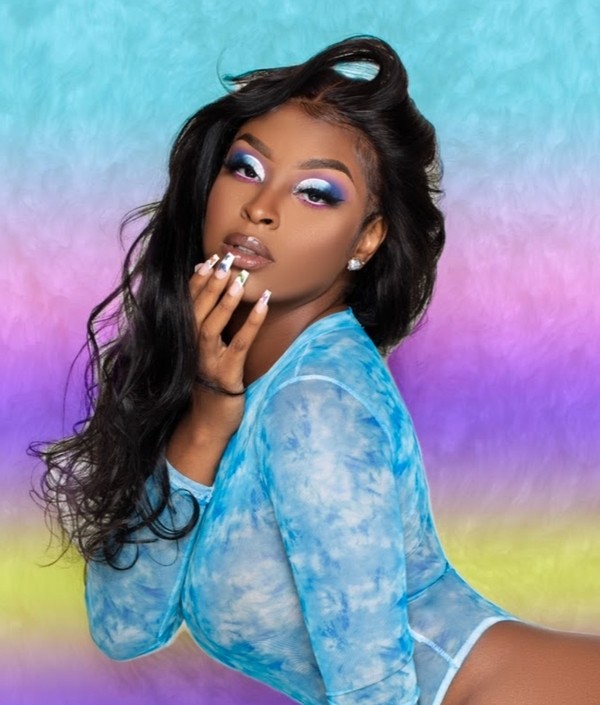 Although she’s left her old identity behind in the trap, she’s taken some of those beats with her. The “Money Dance” track is Southern hip-hop at its hottest and most authentic – booming kick-drums, skittering hi-hat, ominous synthesizer, throbbing bass, it’s all here. For two and a half glittering minutes, MaxKaella rides the groove effortlessly, radiating assurance and absolute certainty. She knows exactly the sort of man she wants, and, freed by her own success from any financial obligation to him, she knows exactly what she wants to do with him.

That MaxKaella is red hot is evident from the first frame of the video and the first note of the song. She’s also an accomplished R&B and trap music craftswoman, choosing just the right notes and right rhythms at the right moments to heighten the musical tension and drive the track forward. The “Money Dance” begins low in MaxKaella’s range, and then, slowly but surely, she presses her pump against the gas pedal. By the end of the track, she’s showcasing her electrifying upper register, spitting out come-ons and clever verses, drawing the listener deeper into the track and into her world.

The “Money Dance” clip, too, is a kind of seduction. Visually, it picks up right where the “In My Bag” video left off – even the lighting, with its washes of cool purples and luscious pinks, is reminiscent of the clip from the summer hit. But while MaxKaella had to share the spotlight in “In My Bag” with another artist, “Money Dance” is a solo show. She makes the most of the attention, strutting and gyrating through the video, flirting with the camera, pole dancing in a bedroom, and demonstrating the magnetism and sex appeal that’s made her an unstoppable force in Atlanta R&B. When she says it’s her world, you’re going to believe her.