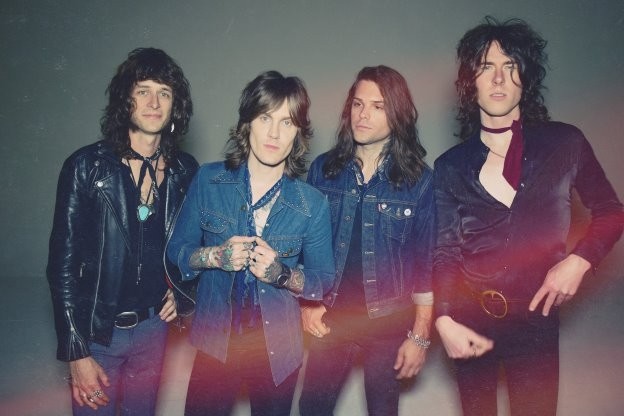 Better Noise Music rockers, Tuk Smith & The Restless Hearts release their new single and music video “Same Old You”. The song, produced by the legendary Rob Cavallo (Green Day, My Chemical Romance) and co-written with Atlanta-based writer/producer Butch Walker (Green Day, Weezer, Fall Out Boy, Pink, Taylor Swift) is a fun and upbeat rock and roll song with infectious melodies and artful musicianship, with lyrics about a relationship gone wrong. “Same Old You” begins a new chapter in the career of Tuk Smith who spent nine years as the frontman for Atlanta mainstays, BITERS. The music video showcases Tuk performing with his new band with great lighting and a cool rock vibe that amplifies the lyrics of the song.

Tuk says, “This is definitely one of my favorite songs on the record as it’s one of those recurring themes about a relationship I observed, I was kinda from the outside looking in. It struck me that people beg for second changes, and they say ‘I’m gonna change I swear I’ll be different this time, take me back, don’t fire me, I’ll do this..’ and a lot of the time they’re just bullshitting, and they turn around and are the same person. It takes a lot for somebody to change and they gotta want to do it.”

Tuk continues, “I just kept seeing the person giving somebody more chances than they deserve with promises about how things will change this time. Of course that never happened.”