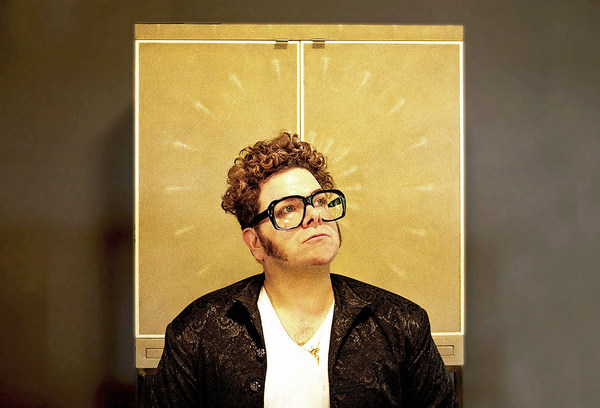 Take a look around you. How many screens do you see? If you’re a typical modern media consumer, you’ve got a desktop, and maybe a laptop, and maybe a tablet, and you’ve certainly got a phone. Not just one phone – you may have kept your old phones, too. The pandemic has only amplified our dependency on our devices. Home alone during quarantine as we’ve been, we’ve tended to treat our screens as our windows on the world. Greg Hoy’s clever clip for his latest single is a meditation on digital mediation (it’s also lots of fun). “Messed Up World” features screens within screens – dancers shaking what they’ve got on the fuzzy interfaces of recently outdated devices. We’re invited to watch the screens of others through screens of our own; pleasant though it is, Hoy invites us to wonder what version of human connectedness is still available for those of us living like this. Only at the end of the clip does one of the dancers dare to walk to a bedroom window, push back the curtains, and, tentatively, peer outside.

It’s easy to see why an artist like Greg Hoy would be concerned and want to make an intervention. On his own, and with his band The Boys, he’s always put a premium on direct connection with his audience. He makes catchy, immediate, instantly appealing pop-rock – the sort of music meant to prompt singalongs, dancing, and intense identification with the narrators. That’s true about Hoy’s recordings, and it’s doubly true about his live show, which was described as akin to “Jack White and Jack Black” by Divide and Conquer. “Messed Up World” is a swaggering, shuddering slice of power-pop at its most undeniable: timeless music for a world lost in transit.

Greg Hoy is well-known for enticing winsome dancers to perform in his clips – check out the kinetic, chromatically arresting clip for “Green” – and the “Messed Up World” video doesn’t disappoint. Appearing in the center ring of the five-iPhone circus assembled by Hoy (he, the ringmaster, sticks to the phone on the bottom of the clip) is the legendary New York City go-go dancer and showgirl Anna Copa Cabanna. Her performance is provocative, funny, iconic, and more than enough to hold your attention for the balance of the video. But Greg Hoy knows that modern living makes a single focus impossible. Other dancers and performers appear on the iPhone screens on the periphery, including another star: R&B singer Septymber, who dazzles in her cameo. Everywhere you look, there’s something appealing to see, all linked together, projected on screens we access through screens of our own, occasionally staticky, occasionally clear, but perpetually on. As statements about this troubled, distracted, messed-up world of ours go, it certainly is an entertaining one.