The singularly named Taouil has released a single, with the singular title of “Bleed.” It’s a chunky, guitar rock track, which begins with a heavy riff, and then pummels its way through 3:24 of hard rock & roll. 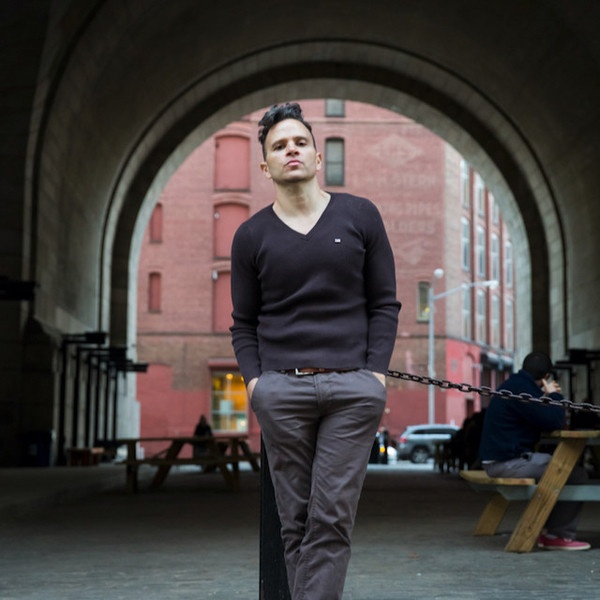 Lyrically, this New York-based singer/songwriter begins by stating his impressions of what another is doing to him, or the effect this other’s actions is having upon him. He states from the outset, “There’s no shame/I only want to be alone.” Whatever this other is doing to him, seems to hurt him even by their very presence around him. Sometimes, when a person is adversely impacting another, it’s necessary just to get away from that protagonist. It’s as though the affected person cannot even think clearly whenever around the one who is causing them so much trouble.

This track’s arrangement buries the vocal, which sometimes makes it difficult to clearly hear what Taouil is singing about. Furthermore, Taouil doesn’t always enunciate clearly, so when we can hear him, we cannot always fully understand his words. Midway through the track, there is a small guitar solo. It’s not one of those speedy, lead guitar exercises, but elongated notes that add to the song’s overall drama.

Taouil’s vocal is what drives this single. Yes, the thumping, heavy guitar accompaniment gives him the platform to emote, but it’s the desperation in his voice that stays with you, long after the track ends. The song’s title, “Bleed,” of course, doesn’t mean actual, physical bleeding. Instead, it’s a metaphor for how another’s actions can seemingly bleed the life right out of you. It doesn’t take a scientist to realize that blood is the liquid source of human life. For instance, many times when there is an auto accident, the driver and passengers may need blood transfusions. This is because the sudden impact of a car hitting another car, or a car hitting another object, can lead to the sorts of cuts that cause severe bleeding. Taouil is singing about an emotional accident, if you will, that is bleeding all the emotional joy out of him.

We don’t learn a lot of specifics from Taouil’s lyrics. This is far from a linier story about a personal conflict. Instead, it sounds like an accumulation of interactions with this other person, which causes him to want to get away. It doesn’t sound like the end of an affair, although it may certainly be that. It’s just that the language Taouil uses doesn’t ever come off like the sorts of words and phrases one lover uses when conversing with another.

In the end, “Bleed” is a powerful blast of emotion put to music. Something awfully bad happened to him, which has led to his using extreme language to describe these circumstances. Few actions express these types of deep emotions better than music – particularly hard rock music. With that said, though, there’s still hope. Wounds heal, and blood (both the physical and the emotional variety) can be put back into the body. For the duration of this track, though, Taouil gives us the sounds of his emotional pain, and is extremely effective doing so.