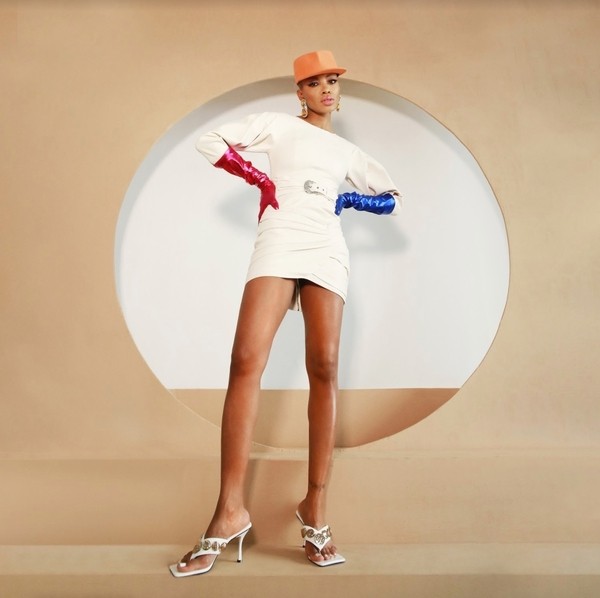 The sun shines everywhere, of course. But there’s nothing quite like a blue-sky day in Southern California. Maybe it’s the clarity of the light, or the warmth of the air, or the smell of the nearby sea, or the indisputable beauty of the Los Angelenos themselves – and maybe it’s just the promise of the night to come. The video for “Get By,” the latest single from the R&B singer MAAD, is a showcase for her magnetism and screen presence, but it’s also a love letter to her adopted hometown of L.A. and a visual paean to the unparalleled glory of Californian days and nights.

“Get By,” too, is a ray of pure Pacific warmth: a pulsing, sultry, jazzy, soulful pop song that situates MAAD firmly in the tradition of artists like Lauryn Hill and Jill Scott. It’s danceable music suitable for quiet reflection, a satin-smooth, fashionable exercise in motivation, a party track that doubles as a morning affirmation. MAAD’s vocal performance is simultaneously impassioned and poised, masterful and vulnerable. The accomplished Eventually, Pt. 1 has righted the scales and firmly established MAAD as a composer, singer, and star. She’s amassed 1.3 billion views and impressions on TikTok, and this summer, Soundcloud named her an “Artist to Watch,” officially confirming what her fans already know: she’s already realized a distinctive musical vision.

Even as her star ascends, she hasn’t slowed down her business activity. For “Get By,” she’s partnered with GT’s Kombucha, and the campaign has already become a TikTok favorite. There’s even a Billboard on Sunset Boulevard highlighting the new single with GT’s Kombucha! YeBhe and Izzy Hameed’s clip for “Get By” clearly demonstrates why MAAD is in such demand: she’s so naturally effervescent that everything she touches seems to sparkle and glow. The clip opens in an appointment-only Southern California salon, and naturally, she’s right at home there among the stylists and their creative clientele. But MAAD is just as comfortable walking West Pico Boulevard in Downtown Los Angeles. When she gets to the party in an abandoned warehouse, her shine only intensifies. The choreographed sequences are gorgeous to behold, but they’re also quite relaxed and approachable – much like MAAD’s music. She’s taken on all of her city’s finest characteristics and made them her own; better yet, she’s reflecting them in her gorgeous, radiant sound.