Completely infatuated, you’re carried through the air, drifting ‘light as a feather’ on a sea of emotions. Whereas previous affairs left you believing that love was hard work, this encounter is uncomplicated and just makes everything ‘Better’. With her new single ‘Better’, Dutch/British alt-pop newcomer Stevie Bill (20) celebrates her second release. Accompanied by Stevie’s soft, intimate vocals and a day-dreamy atmosphere, ‘Better’ tells a story about finding that rare, crazy love that doesn’t come around every day. ‘I wrote ‘Better’ during the first week in New York with a usb mic and my laptop during one of the rare moments I was alone in my campus dorm’. 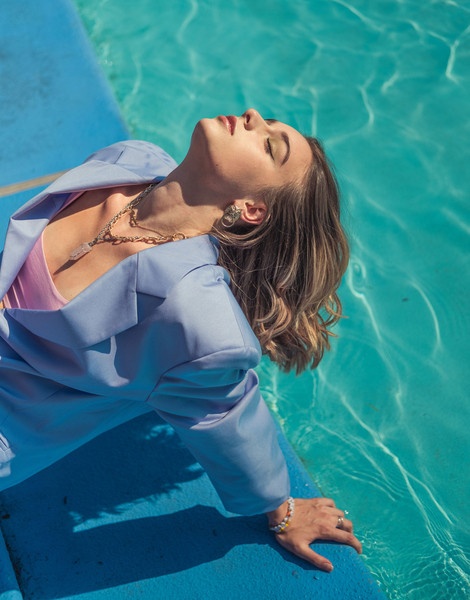 The video accompanying the song was made with the same friends she makes music with. The laid-back vibe emphasizes the playfulness of ‘Better’. With a string of releases planned for the next few months, Stevie will be traveling and zooming to work with the friends she made in the different places she’s lived. ‘Because of my mother’s English roots I’ve never felt entirely Dutch. I love The Netherlands, but I grew up in between different cultures and was always travelling between these two countries. Therefore the choice was easy for me to make to leave the country when I turned 18 and pursue my musical dreams in Berlin’.