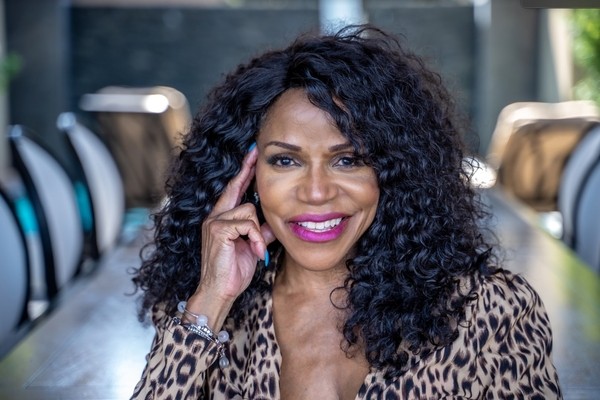 If the best compliment a great artist can give a singer is a gig, then it’s fair to say that few vocalists are as heralded as Sharon Hendrix is. Her résumé is a whirlwind tour through the whole history of post-Beatles pop, and it speaks powerfully of her versatility and commitment to her craft. Over a career that spans five decades, she’s exhibited the same total dedication during sessions she’s cut with virtual unknowns as she has when working with undisputed Hall of Famers like Bob Dylan, Elton John, and Stevie Wonder. New wave pop stars like Olivia Newton-John, fearless fusion artists like Billy Cobham, soul pioneers like Dusty Springfield, folk storytellers like Harry Chapin: Sharon Hendrix has sung with them all. Since 1978, she’s been enlivening the theatrical songs of singer-songwriter Barry Manilow, one of the most successful artists in the history of adult contemporary music. She’s toured the world with him, recorded with him, and duetted with him on his popular 1985 rendition of the soul standard “Ain’t Nothing Like The Real Thing.”

The music video for her gorgeous new single, “Adaleigh (Run Away)”, is something of a short film – and it’s one that pulls no punches. In a series of unsparing images, Hendrix and director Dan Voss Jr. show us the title character and make it clear how much trouble she’s in. Yet as in her previous release, “Believe and Become,” the clip ends on an upbeat note, as Hendrix raises her voice on behalf of everybody who needs and deserves a second chance.