Seven Crows’ “Two Swords” is a single drawn from the act’s album, Secrets Of Navigation. It’s an instrumental piece. Seven Crows, in fact, is a project put together by SoCal-located violinist and producer, Christopher Murphy. The album is due to come out October 2nd on the Teahouse Records label. He describes this music as the kind that “melds shimmering sustain lines, legato phrasing and live looping to create beautiful sonic soundscapes and textures.” And that pretty much sums up this instrumental track. 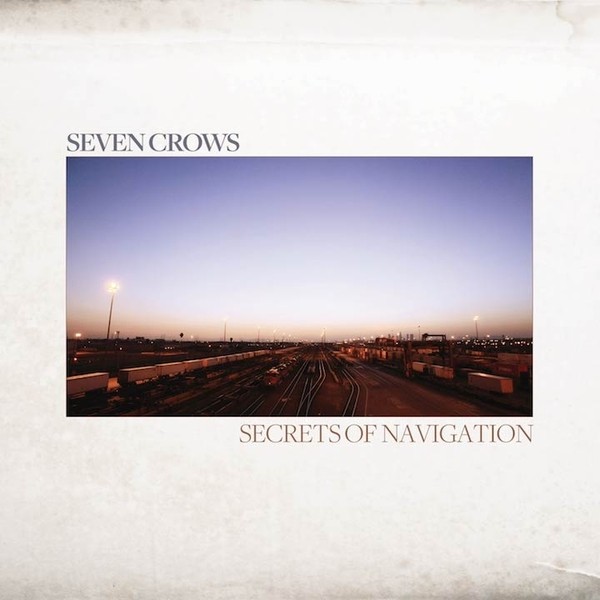 “Two Swords” is short, only 3:43 long. This is unusual. It’s not an unusual length for a pop song because pop songs are usually in the three to four-minute range. It is a little out of the ordinary for instrumentals, however. Perhaps this is because, when we think about instrumentals, we recall jazz compositions, which – with all the soloing on them – can be quite lengthy. Also, we may consider classical pieces, which is the style “Two Swords” more resembles. These types of orchestral compositions can have multiple movements, which is why the programs for classical performances rarely have multi-item setlists.

This tune itself begins with a plucky, percussive part. It’s cinematic, in that it sounds a lot like the kind of music one hears during a film — especially when something sinister is just about to happen. Along with this plucking, one can also hear more bass-y notes accompanying these plucks. Soon, though, echo-y melodic notes come in. These, one assumes, are notes from Murphy’s violin. However, these violin notes do not sound like naturally played notes, as one might hear being played by an orchestra. No, they sound electronically enhanced, which gives them a bigger, bolder sort of echoing impact. All the while, though, the plucky rhythm continues throughout.

One has to wonder what the piece’s title means. The first thought that comes to mind is that these ‘two swords’ belong to a pair of Samurai warriors. This is not just because these warriors were well known for their sword fighting skills. This impression is also created by the sound and style of the music. It does have a kind of Japanese vibe to it. It certainly doesn’t sound like American pop music. Then again, it doesn’t resemble European classical music, either. No, it has more of the sonic of something you might hear in an Akira Kurosawa movie. That makes sense because this famed Japanese director made wonderful Samurai movies (among other genres).

No matter what the title means, “Two Swords” is fascinating mixture of cinematic sonic values and classically inspired instrumentation. As with all the best instrumental music, Seven Crows has given us music that may well conjure up different images for every listener. Maybe this track will remind you of a movie you’ve seen. It may even make you think of a book you read, which made you see various scenes in your mind. In an age where so many of us are watching a lot (maybe too much) TV on services like Netflix and Amazon Prime, maybe it’s time to take our eyes off our screens and let our ears help us reengage our imaginations. That couldn’t hurt.