Etoile Marley is the up and coming one-woman music machine refreshing our playlists this month with her upcoming single ‘Cuffing Season’ on the 18th September. Hailing from London, Etoile Marly is a genre-blurring powerhouse, fusing elements of blues, rock and RnB with an undeniable flair. Citing influences in the likes of Dusty Springfield, M.I.A and Portishead, Etoile expands on a canon of formidable female forces carving a space in popular music today. No rookie to the performing scene, Etoile fuels her musical escapades with her extensive experience as a dancer, actor and circus performer. If Etoile’s upcoming single is anything to go by, it’s evident these years of perfecting her performance persona has paid off. Crafting catchy chorus and innately hummable hooks, Etoile Marley is the up and coming artist infiltrating our airwaves with vibrant, vulnerable and vocally outstanding tracks this year. 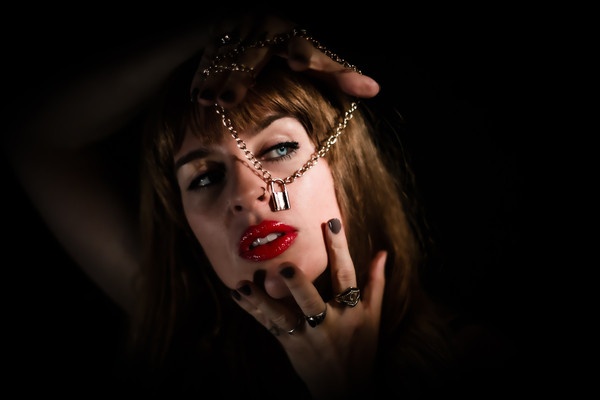 ‘Cuffing Season’ is the lo-fi pop hit inaugurating Etoile Marley as a hot one to watch this winter. Rife with introspective lyrics and catchy melodies, ‘Cuffing Season’ is an ode to those entanglements that toed the line between a brewing heartache or blossoming love. Let’s face it, we’ve all been there, Etoile has just given us a reason to sing about it. Sculpting an ethereal landscape, Etoile’s vocals sail over a synth-soaked soundscape. For nearly three minutes, Etoile engulfs you in a bed of beautifully blended vocals, swimming with effected vocal samples masterly panned within the mix, and you won’t want to come out from under the covers. Flowing flawlessly between a foundation of guitar and keys, Etoile crafts a complicated accompaniment rife with pulsing percussion and spacious synths, emphasising the smooth simplicity of Etoile’s melodies. Trust us, you’ll be humming this one under your face mask as you pop to the shops. Swaying slightly from the pop-ballad nature of her previous single ‘Tension and Pride’ — an impactful piano ballad showcasing the breadth of Etoile Marley’s vocal and emotional range — Etoile’s evidently elevated sound exhibits the softer side of her effortlessly enticing vocals. With an upcoming EP launching onto the scene this November and an undeniable dance-hit of a single, ‘LockItDown,’ hitting our airwaves in October, Etoile Marley is on a steady trajectory towards total domination. As lockdown begins to ease, Etoile Marley is monopolising on this rising stardom with an exclusive debut of her EP at ‘The Moustache Bar’ on the 1st of October which, no doubt, will be an exciting evening with a sprinkle of circus tricks thrown in for good measure. Whilst Etoile may describe being saved for ‘a rainy day’ in ‘Cuffing Season,’ it’s safe to say as Etoile bursts onto the scene this winter, she’ll be supplying the soundtrack for many of our days, rainy or otherwise.