Columbus, Georgia has birthed many stars over the past years including Dallas Austin, Rozonda “Chilli” Thomas, Kim Porter, Singer Joseph “Joe” Thomas & Rapper “Cash Out” just to name a few. “World” meet new rising talent from the ECanty Projects of Columbus Georgia and he goes by the name FS Rudy aka Front Street Rudy. 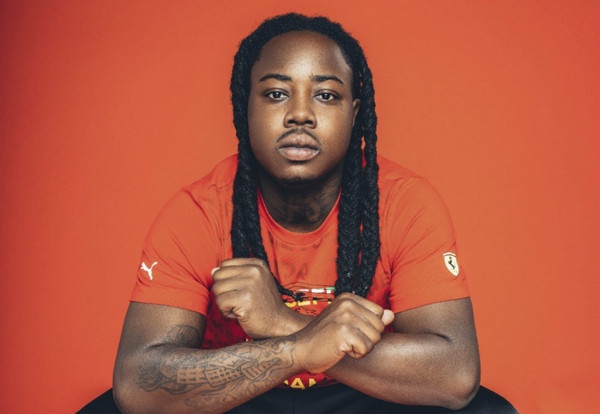 The rap name Front Street Rudy came about was his childhood nick name “Rudy”. Him and his friends would stand in front of the Ecanty Projects all day long. So if you came into his projects you couldn’t miss him. Rudy Father Burnt Murray name held a lot of weight in Ecanty Projects. Rudy lost several close friends to violence. He also lost a brother Kenny in the Hood. Living in the Trenches has taught him how to survive lots of difficult situations. His neighborhood, his Kids, his pain, his wins & losses has shaped him to who he is now. So now he get to show the World through his Songs who he is. “I am-I don’t talk nothing I aint been thru”. Rudy started making music at home on his computer at the age of 15. He recorded his first song at 16.

Fast Forward to today. In late 2019 he saw viral triumph with the release of his single song “Perc Out”. A captivating visual effort that instantly grabs the eye. The video amassed over a million views via YouTube only months after its release. With the attention of the incredible single release on the World Wide Internet it gain him massive popularity. His strategic marketing built a huge Buzz in his City and surroundings. Other Artist wanted features, Promoters and Club Owners start calling for show performances. The single “Perc Out” is catching around the world like a rapid Fire.
Early 2020 he signed with newly Independent Record Label BakEnd Music Group. It’s time to make history.

“I’m Excited but more than anything I’m ready. I’m ready to work and let my talent and ambition do the talking. I will continue to stay consistent and put out quality material for my Fans.” – Front Street Rudy