Austin, TX-based psychedelic disco cowgirl, Kitty Coen, shares her second-ever single, “Lost in California,” which debuted via Wonderland Magazine, who calls the track a “neon-lit slow-burner.” “The rhinestone cowgirl takes us to the strip club in her sultry new track,” says Wonderland, “Picking up where Madonna’s Music left off (and starting a glamorous affair with the 70s somewhere else along the way).” 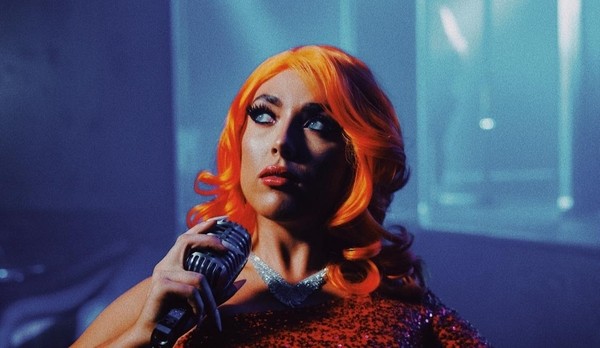 Describing the inspiration of the track, Kitty Coen says, “‘Lost in California” is close to me because I worked on it for years before feeling it was ready to release. It’s about picking up my life and heading out west to become a successful musician. But I came to find out, as glamorous as California seemed when I was growing up in small-town Texas, its a hustle living in LA and if you aren’t ready to put in work the city will eat you up. I wanted to combine that old Hollywood sound with palm driven grooves and electronic elements to show the complexity of California as a place and experience.”

The video drips seduction as soon as Kitty hops out of the passenger seat of a baby blue convertible with her long, crimped flaming orange hair and tasseled sleeves blowing in the breeze. We see the reflection of the sign for The Yellow Rose in her aviators, as she steps into a purple haze of the strip club. Glimmering lights, mirrors, and smoke swirl just like the dancers around the poles, as Kitty sings directly into the camera with her piercing stare. As the beat drops, we see a costume change and Kitty serves up some Jessica Rabbit realness — red sequined dress, old school microphone and all. It’s pure allure, and slow like honey.