CIENFUE’s “Eyes Wide Open Remix of “Open Her Eyes,” begins slowly and traditionally with what sounds like pan flute accompaniment. Once the vocal comes in, the track is transformed into an easygoing reggae tune. It prominently features a clacking rhythm part, as well. Furthermore, it includes a tropical-sounding electric guitar counter melody. The best term to describe this mix of the song is dreamy. It has a slow, thoughtful, meditative quality. There is also a wordless backing vocal part, which sweetly augments the lead singing. 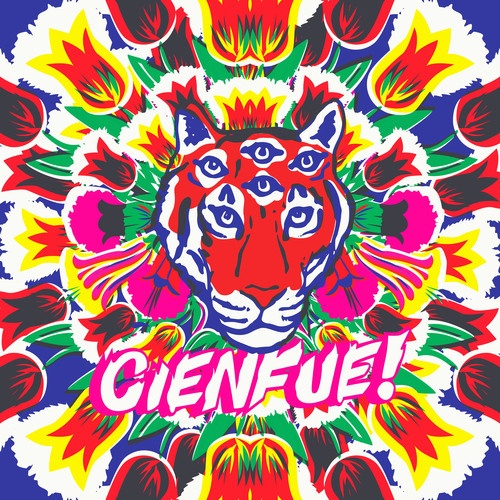 CIENFUE has been described as an ‘experimental psychedelic tropical’ artist, and there’s a whole lot of sonic content loaded into that description. He’s not, by the way, psychedelic as in, say, 60s American garage rock. There are no feedback-laden guitar hooks or backwards guitar loops mixed into the song. CIENFUE grew up in Panama, back int the 80s when that country was ruled by the military. His real name is Camilo Navarro, and he’s honest enough to admit his music was influenced by MTV videos. Of course, some may be to young to remember this, but there was a time when MTV (which stands for music television), only showed music videos. This was long before it became much more of a reality television cable outlet.

CIENFUE’s initial motivation for making music was to, quite honestly, distract him. In 1989, the U.S. invaded Panama, and he and his neighbors were forced to live under a curfew. Thus, he turned to utilizing his MacIntosh computer to arrange digital music, while recording on cassette tapes (remember them?) and teaching himself how to play electric guitar.

When you compare this remix to the original version, you can hear just how much was added to it for the re-do. In its original state, the track is little more than CIENFUE and his electric guitar. In fact, it is a much more guitar-centric track in its initial form. With that said, though, the remix adds a mere two seconds to the song’s original length. The remix is also a gentler take on it. Removing, or pushing down in the mix, much of the original’s electric guitar changes the overall tone of the piece. The first take of the song is one where CIENFUE is demanding that eyes be opened, whereas the new take is more the sound of someone asking another to open their eyes.

“Open Her Eyes” is a one of those tracks that gets under your skin. It doesn’t exactly hit you over the head with a heavy object, so much as it gets inside your head nearly unnoticed. Like a lot of great reggae, it just lulls you into submission. It’s difficult to put up defenses once this music begins to play. It has a drug-like calming influence, which takes you willingly captive. Stylistically, it’s tough to put this track into any one category. Its groove is reggae, yes, but it is not straight forward reggae. Rather, it’s a gentle, vibe-y piece of music, which just so happens to have a reggae rhythm. Ironically, “Open Her Eyes” may just make you close your eyes while it plays, rather than open them.