With three mixtapes under his belt and after attracting the attention of the international press with his debut album, “Yin Yang”, Gianluca returns to his early motivations to give life to “G LOVE 2”, a third compilation installment that joins the essentials “SRR” of 2017 and “G Love” of 2018. 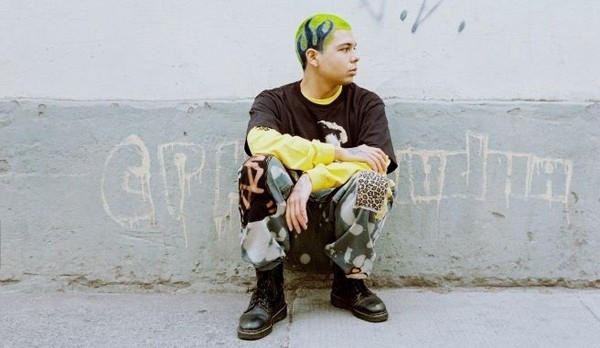 Eleven songs give life to “G LOVE 2”, a work born between October 2019 and a pandemic 2020, in which the essence of the Chilean musician shines with maturity. Like “SRR”, this mixtape is recorded entirely in his home except now he has a catalog of producers and key collaborators on board.

Now, after presenting a declaration of principles in “CHAINZ” with the outstanding Canadian producer Jaegen, the funk carioca on “MAS”, and the explicit and intense “BANANA” with Pedro LaDroga on vocals and Limabeatz in production, “G LOVE 2” lands on all platforms to present us with new dimensions of Gianluca.

“I think it is a characteristic of my works that they differ from each other. I feel that it’s fresh, but it still connects with the Gianluca from 2016. It has a lot to do with “G Love” with its love themes, but with much more sexual and explicit insinuations. I also think it has to do with my growth and that it’s the closing of a cycle. It is less dense than “Yin Yang” and it’s music to feel good, to have fun. Something that seems important to me at this moment we live in.”

Previously, Gianluca had collaborated with names like Gepe, Javiera Mena and Pablo Chill-E. “G LOVE 2” places him with guests like Tommy Boysen, Young Cister and the celebrated Canadian singer, Ramriddlz, artists who accompany Gianluca on a tour through traditional trap, reggaeton samples, Brazilian inspirations, dembow, and the most pop and wavy heritages of the current trend.

“G Love 2” is a release that does not know seasons, nationalities or labels. It’s a new musical milestone for the Chilean singer and raper who continues to surprise with the versatility he has shown throughout his explosive career.