For most of us, this year’s swift unravelling has pumped the breaks on whatever motivation we managed to muster when making our New Year’s resolutions, yet it’s setting out to be a pivotal turning point for the one-man music machine, Marq Electronica. Whilst claiming lockdown was the push he needed to finally get his solo venture off the ground, Marq’s latest release oozes a confidence and self-assured air that only an experienced artist could provide. Having been the frontman for the electro-synth rock band, Sapien Trace, Marq is no rookie amongst the music scene. Citing his love for deep house artists such as Rudimental, Inner City and MNEK, Marq’s sound is archetypal of a sound from decades past, whilst still unwaveringly rooted in the modern soundscapes that capture club audiences today. It’s an interesting balance, but he blends it well. With the ability to meet-up and collaborate with other musicians, the innate hesitation of many creatives to go it alone could no longer reign over Marq’s musical ambitions. As a result, the timeless funk sound radiating from Marq Electronica’s solo repertoire is finally being released to the world – if there’s one thing we can be grateful for in the recent lockdown, this might just be it. 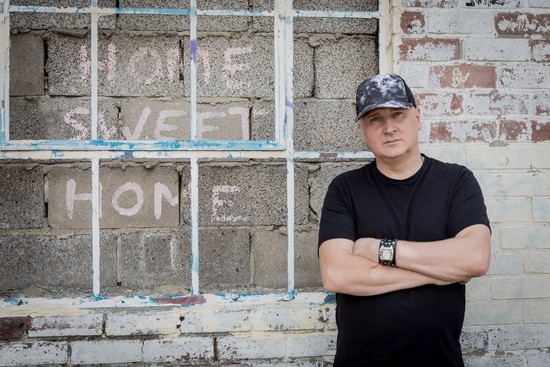 Based in the North-East, Marq is channelling the charm of ‘retro-house’ in thousands of earbuds all over the country, with his latest singles mounting up over thirty-two thousand streams on Spotify alone. With his recent releases, ‘In A City (Love)’ and ‘Get Down and Work It Out,’ Marq Electronica is demonstrating what it means to be a fully released artist in the twenty-first century – and he’s doing so with style.

‘In A City (Love)’ is Marq’s fresh single providing a pulse in our playlists this Summer. With a track built on such striking synths and pounding drum lines, it’s often unusual to find a profound lyricism so intertwined within the roots of the song, yet Marq takes us on a journey through a heartbreakingly resonant story; memories of an ex you just can’t seem to shake. Whether you’re having a one-man rave in your quarantine bedroom or if they’re cranking this tune up in the club (when they’re safe to go, of course) it’s no doubt ‘In A City (Love)’ will bring to mind that person for quite a few of us. Straying from the optimism of his previous single ‘Get Down and Work It Out,’ this track employs more ominous, darker synth lines as Marq’s powerful vocals sit confidently within the mix. Beautifully balancing a theatrically low piano line with eerie, whistle-toned melodic synths, Marq’s production sculpts a haunting soundscape, mirroring perfectly the inescapable haunting of his past Marq is describing. For the final twenty seconds, Marq transports us into a realm rooted in the deep-house influences he holds dear. Marq pumps the gas on the pace, cranks up the distortion and ends the track with an enticing trance-house remix. ‘In A City (Love)’ is, on the surface, a striking showcase of Marq Electronica’s powerful performance prowess and intricate understanding of creating a dance anthem. Yet at its core, this track is a heartfelt articulation of a pain resonant to many of us, channelled through the art form that Marq Electronica knows best — an undeniable club hit.

This recent bop from Marq comes off the back of his recent success, ‘Get Down and Work It Out.’ Gaining over four thousand streams on Spotify alone, this feel-good track unashamedly makes us reminisce those romantic encounters that come fleetingly in the intimate, sweat-dewed heat of the dance floor. Whilst there’s no chance of that happening any time soon, there’s no harm in cranking up ‘Get Down and Work It Out’ and re-living them a little. These two singles set the stage for Marq Electronica’s rising solo career in music, as the emerging artist sweeps up over twenty-eight thousand streams on his recent single alone. With much more music on the way from the up and coming musician, Marq Electronica’s highly-anticipated debut goes to show that perfecting your craft takes time. With his recent release ‘In A City (Love),’ it’s safe to say the wait for Marq Electronica’s solo adventure has been worth every second.