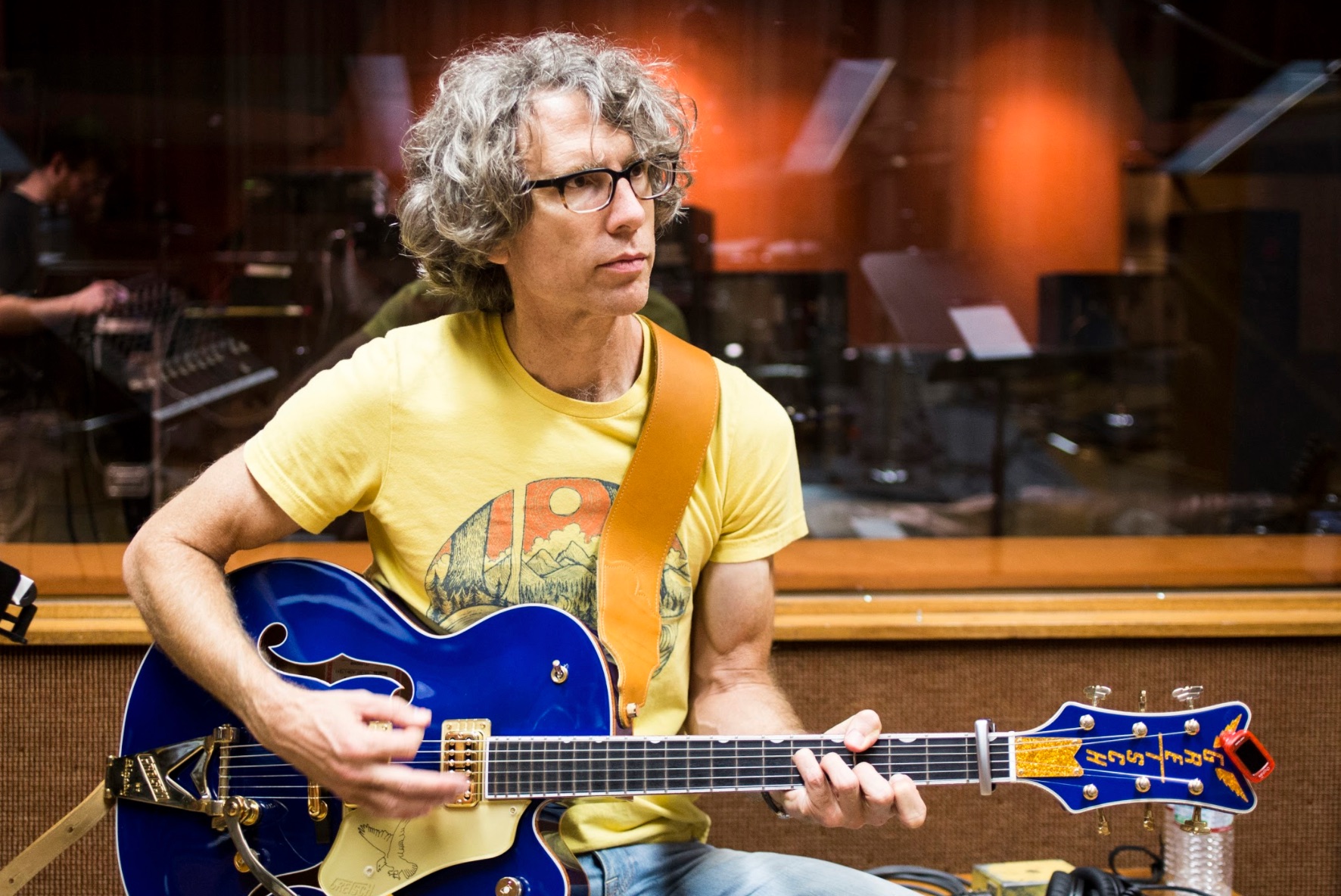 The songs track one man’s search for a renewal of spirit and his growing ability to find beauty and gratitude in daily life’s small miracles. The music is inspired by those moments of direct experience that make us feel part of a much greater whole. Death Valley is a roadshow offering up memories of teenage heroes, love ballads, and all-out jams led by Haerle’s riotous guitar work that never fails to take the turns at high speed.

His early garage band roots have made way for a distinguished rock statesman. A veteran of the music business, Haerle heads up the L.A. based record company CMH Label Group where he continues to champion the independent spirit in music. Now he’s plugged in his Fender for a different kind of musical journey. The album is filled with poetic lyrics “about matters serious and silly” (Medleyville) with an ear out for how he can showcase the skills of bassist/keyboardist Carson Cohen, and drummer Reade Pryor. Essentially Pop said, “There’s an absolute chemistry between all members of the band, synching together in perfect harmony as Haerle sings.” That chemistry will keep you driving and listening deep into the night.

Death Valley is an album for seekers, wanderers, and grand adventurers.

The latest video from David Haerle is “Run and Be Free,” a track that draws from his childhood in Los Angeles and his second home in McMinnville, TN, where his grandparents had a farm. “I grew up knowing the hustle of the big city as well as the joys of riding motorcycles, driving tractors, and floating down the river in the country,” Haerle says. The peace and quiet of country life in Tennessee and the buzz of the city are both shown onscreen in the video, which takes viewers on a journey through two opposite, yet not opposing, sides of life. Lonesome Highway enjoyed the track’s “warm keyboard sounds [and] gentle groove”, praising the message of “not letting ambition take over the need for inner joy and the cost paid if you let it.” Americana Highways said, “There’s no better time for a song like this. Haerle’s work is a harbinger of a great summer.”

We’re also delighted to share David Haerle’s video for “The Free Show,” which was released in February in advance of the album. “The Free Show” takes its name from Haerle’s longtime partner Erica, who will point out a Van Gogh sunset or an exquisite cloud formation and declare it “a free show!”. But the “free show” isn’t only nature; Haerle shares that “When we take the time to look around us and really see, we find ourselves surrounded by amazing things.” The video for “The Free Show” shows off some of the many exciting and intriguing characters and events he comes across in Los Angeles, whether that’s a Chevy in chartreuse, a street performer, or colorful murals on the sides of buildings. Elmore Magazine stated “The video and premise of ‘The Free Show’ work together as well as any video we’ve seen, and may well alter the listener’s outlook on the world surrounding him or her. That may be a bold claim, but check it out.”